Iran is strongly protesting the seizure of the cargo of crude oil from a tanker anchored in Greece, now calling the shadowy tanker an “Iranian vessel” despite previous reports that the tanker was owned by a Russian shipping company and until May 1 was registered in Russia. Iran’s Ports and Maritime Organization is calling Greece’s actions to support the U.S. seizure of the oil “an act of piracy” while demanding that the Greek government fulfill its international obligations under maritime law. 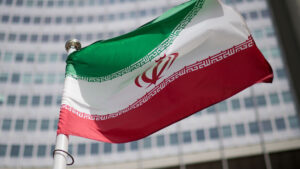 As reported at the beginning of the week, the U.S. ended the incident that began nearly seven weeks ago by winning an order to seize the cargo of 700,000 barrels of crude aboard the shadowy tanker. Registered as Pegas and flying the Russian flag, the vessel is anchored off the Greek island of Evia. Greek authorities initially detained the vessel due to EU sanctions related to Ukraine but later said the vessel would be released. An Iranian watchdog group, United Against Nuclear Iran (UANI), however, called attention to the vessel saying it was loaded with Iranian crude. The United States had listed the 115,520 dwt tanker on previous sanctions on the Iranian oil trade and moved to seize the cargo on those grounds.

“Unfortunately, no cooperation or assistance has been provided to the vessel from the Greek authorities, while the military forces of that country have proceeded to discharge the cargo, which can be construed as a vivid instance of piracy,” the Iranians said in the statement released today.

While acknowledging the mechanical problems that forced the tanker to anchor in Greece, they are accusing the Greek government of “hindering an Iranian vessel from sailing,” and despite repeated requests, the statement says Greece “has been acting in full violation and negligence,” of international regulations to provide assistance to help the vessel eliminate dangers and to prevent potential pollution, including from a ship-to-ship transfer of the cargo.

“While Greece has undertaken such international obligations, and is responsible toward the Islamic Republic of Iran as a Member State of the International Maritime Organization (IMO), such unacceptable measures have unfortunately been taken by the Greek government, toward a vessel in need of being transferred to a place of safety, experiencing technical problems, and facing bad weather conditions.”

The statement does not acknowledge that the vessel was flying a Russian flag until May 1. The Hellenic Coast Guard issued the detention order for the vessel on April 18 citing multiple deficiencies after a port state inspection

The Iranian news agency IRNA also reported that the Chargé d’Affaires from the Greek Embassy to Iran in absence of the ambassador was summoned to the Iranian Foreign Ministry on Wednesday. It said Iran’s Foreign Ministry called the actions “international piracy.”

The U.S. and Greece have not issued any official comments on the situation, but AIS tracking data continues to show a Liberian-flag tanker, Ice Energy, alongside the Lana, the new name being used by the former Pegas. Two Greek-flagged anchor handing ocean tugs are also positioned near the two tankers. Lloyd’s reported that the U.S. chartered the second tanker in part due to the mechanical problems aboard the Lana. The Ice Energy is expected to transport the crude oil to the United States after the ship-to-ship transfer is completed.