The Senate has donated N10 million to the families of victims of the Warrah boat mishap in Ngaski Local Government Area of Kebbi State. 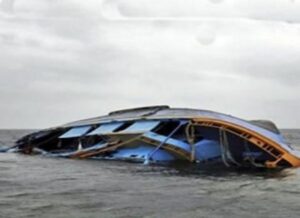 Announcing the donation in Birnin Kebbi on Friday, Sen. Adamu Aliero, who led a senate delegation to condole with Gov. Atiku Bagudu over the mishap, said the donation would be given to Yauri Emirate for the victims’ families.

“We are going to Yauri Emirate to deliver the donation for the victims’ families.

“The senate is deeply concerned; it will ensure that measures are taken by the National Inland Waterways Authority (NIWA),” he said.

Aliero said that the senate would ensure that the authority would take away tree trunks and rocks that caused accidents.

“If the measures are taken in addition to the one to be taken by Hydroelectric Power Producing Areas Development Commission, we will drastically reduce the rate of accident and provide succour to the people living in riverine areas,” he said.

Earlier, Chief Whip of the Senate, Sen. Orji Kalu, told Bagudu that all senate members were shocked and saddened by the accident.

He noted that the Senate Leader, Dr Abdullahi Yahaya, moved a motion concerning the incident and he was seconded by Sen. Adamu Aliero.

He said that the senate had asked the NIWA to make sure that the next national budget would accommodate removal of tree trunks and other hindrances from the river.

“The senate also plans to make a special provision of funds to look around that area in terms of what they will be working with in collaboration with the state government in line with the policy of National Inland Water Ways Authority and some other agencies.

“Senate in its resolution also asked National Emergency Management Agency (NEMA) to go to the area quickly, to see how it can help the people that survived.

“Senate also asked that we should be able to make new laws that will protect our waterways and make sure that such incidents do not reoccur.

“On behalf of our senate president on whose endorsement we are here today and the three senators from Kebbi State, we want to ask you to accept our condolences,” he said.

Kalu prayed that the souls of the departed would rest in peace.

“God will be with them,” he prayed.

In his response, Bagudu thanked the Senate for the visit.

He noted that many state governors had paid him similar visits and donated to the victims’ families.

He said that the donations were being collated by the secretary to the state government.