Kenya and Tanzania on Friday called for a quick resolution of non-tariff barriers and review of the East African Community Common External Tariff (EAC CET). 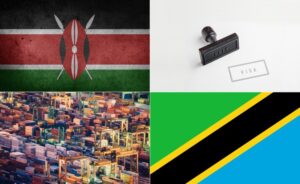 Business and government leaders from the two countries said the barriers had hampered trade in the region as exports declined.

Confederation of Tanzania Industries (CTI) Chairman, Paul Makanza, said the two countries had enjoyed good relationships but trade between them had slowed down due to barriers.

“We hope to leverage on this renewed collaboration between the two countries to grow our economies.

“Both Kenya and Tanzania must eliminate non-trade barriers, and conclude the review of the EAC common external tariff,’’ Makanza said in a statement after a meeting organised by the Kenya Association of Manufacturers (KAM) and CTI.

KAM Chairman, Mucai Kunyiha, asked the EAC partner-states to create an enabling environment to drive industrialisation in the region by doing away with regulatory overreach that hindered the region’s competitiveness.

He added that Kenya should adopt the 35 per cent rate of EAC CET and resolve outstanding non-tariff barriers with Tanzania to drive industrial growth.

Read Also:  High Praises For MV Ever Given Crew As The Ship Is Finally Released

He said this would help resolve outstanding non-trade barriers that hindered trade between the two countries.