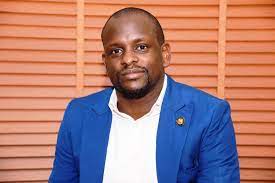 He explained that the state government had empowered 500 people from this water hyacinth recycling initiative since they started the programme in 2016.

LASWA had earlier trained youths in various communities such as Badagry, Falomo, Badore, Epe and Ikorodu on skills acquisition through water hyacinth recycling.

“The interested participants have been trained and motivated financially by the Lagos State Government with the aim of creating waste to wealth.

“We will be happy to see all of you turning waste into wealth simultaneously by extending to other youths and interested people in Ijede communities in assisting governments to eradicate poverty in the society.

“The volume of water hyacinth cannot be removed totally but can be converted into wealth with exposure and training.

“We have trained over 500 residents on water hyacinth recycling since 2016.“

”What government is doing is to create enabling environment for business to flourish and encouraging people to be self-employed.

”We want people to be more aware through programmes like these where we see how we transform water hyacinth which is considered a menace and we turn it from waste to wealth,” he said.

He explained that the whole idea of the water hyacinth programmes was to empower people in the riverine communities with natural resources.

The Chairman, Ijede Local Government Development Area (LCDA), Mrs Motunrayo Gbedebo-Alogba, said water hyacinth could be used for organic feed for animals and fertiliser, adding that the objective was to move the state forward.

Gbedebo-Alogba said that the 100 beneficiaries were selected from different communities within Ijede to enable them train other interested people on how to recycling water hyacinth to various organic for farming and decorations.

She commended the efforts of Gov. Babajide Sanwo-Olu for giving Ijede youths opportunity to be self-employed and creative, adding that the opportunity would go a long way in eradicating poverty among the youths.

“We have been training 50 participants on how to make different household souvenirs ropes and other things with water hyacinth between Nov. 25 and Dec. 3.

“Through the water hyacinth, which is locally called ”Ewe-gbeborun”, LASWA had trained residents and indigenes of Epe, Badagry, Falomo and now in Ikorodu.

“Monitoring and evaluation is key, we have just been here for a few days, they can not be expert so. this is just a good starting point, we call it an appetiser of sort.

”The plan is to continue to work with the Ijede LCDA, the Chairman, Vice Chairman and other members of her council to see how we can make this more sustainable enterprise within the Ijede community.

”We build sector of people that are actually transforming the water hyacinth into crafts, lifestyle decor, home decor and the likes so the plan is that this is just the beginning.

”Partnerships are key, in fact it was through partnership with LASWA we came to Ijede, so the intention is to continue growing the partnership, cultivating the partnership and hopefully would in very short time begin to hear good things concerning creative arts of water hyacinth here in Ijede., “Idachaba-Obaro said.