Lagos Chamber of Commerce and Industry (LCCI) has said that the proposed e-invoicing initiative of Central Bank of Nigeria (CBN) will facilitate trade transactions, boost revenue and reduce processing time for import-export forms. 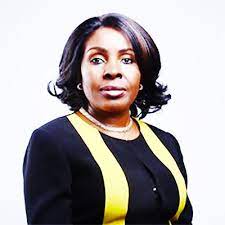 Director-General of LCCI, Dr Chinyere Almona, stated this on Monday in Lagos, while reacting to CBN’s plans to begin e-invoicing for imports and exports in the country from Feb. 1.

The new policy will require the submission of an electronic invoice authenticated by authorised dealer-banks on the Nigerian single window portal to monitor all transactions.

Almona described the objectives of the e-evaluator and e-invoicing by the CBN as commendable.

She also lauded the application of a global price verification mechanism, guided by a benchmark price.

The LCCI director-general stressed the need for increased investments in Nigeria’s digital infrastructure to support emerging innovative digital products, as the country transmuted into a more automated system.

She urged the Federal Government to automate more processes in order to reduce human interface and curtail corruptive tendencies in the country’s trade chain.

“The automation drive should also move to port operations where there are still sensitive procedures done manually, with attendant cost burdens on importers and exporters.

“The trade sector has shown some level of resilience and has become one of the fastest-growing sectors recording a year-on-year growth rate of 11.90 per cent in the third quarter of 2021 and a contribution of 14.93 per cent to GDP in Q3 of 2021.

“Government should do more to make the country’s trade system more efficient and easier to navigate by all parties.

“This will boost our trade balance and position Nigeria to take advantage of the opportunities offered by African Continental Free Trade Agreement (AfCFTA), which is expected to gain some momentum this year,” she said.

Almona, however, pointed out that the development required a pilot phase to help identify potential challenges and deal with same before the commencement date.

This, she said, was because the Feb. 1 commencement date provided only 10 days from the issuance of the guideline, which, according to her, is insufficient for proper transitioning.

The LCCI boss added that issues of legal liabilities were not clear, while dispute resolution mechanisms needed to be articulated.

“CBN needs to establish an interactive and live customer complaints resolution section within the trade monitoring system to address any bottleneck that may occur during transactions.

“There is the need to clarify if the subscription fee of $350 is to be paid in Naira equivalence or foreign currency, and whether affected users will be allowed to source the dollar through CBN.

“The 2.5 per cent around the vertical prices appears stringent and should be reviewed to about five per cent, given that discriminatory pricing may be a factor.

“The exemption of imports worth $10,000 appears too low that no import will effectively be exempted.

“There should be sufficient transparency and governance around the CBN-appointed agents and authorised dealer-banks to ensure adequate independence and supervision,” she said.

Almona said that consideration should be given to small and medium enterprises users of the platform to manage the potential impact of the new guideline on headline inflation.