Home » Looking at the rate of smuggling and high cost of new vehicles, Do you think the Auto Policy has been successful?

Looking at the rate of smuggling and high cost of new vehicles, Do you think the Auto Policy has been successful? 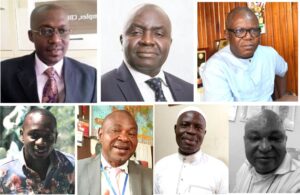 We have indicated our position before, that the reduction in tariffs on fully-built vehicles does not promote the government’s earlier policy on the Automobile Sector. Those who have made investments in the assembly plants are going to be negatively impacted by this development. So there is no way the policy has been helped by the more recent policy of the government in reducing the tariffs and bills. I don’t think it has helped us.

Seven years after, the policy has not only failed to achieve the desired outcomes, it has adversely impacted the cost of doing business, the welfare of the people, government revenue, and the capacity of the economy to create jobs. The policy has also penalized stakeholders in the sector that are compliant with extant rules, taxes, and tariffs applicable to the automobile sector.

The cost of vehicles had risen beyond the reach of most citizens and corporate bodies. The impact has been largely negative with far-reaching consequences. The automobile sector was hit by the double shock of over 100 percent currency depreciation over the last seven years and a prohibitive import levy that had to be paid in addition to the regular import duty. Happily, the import levy on trucks was reviewed not long ago.

If we don’t move, we will not get anywhere. We can always be better. So any innovation that will bring improvement and transformation in the economy of Nigeria, I am always in support of it. If they fail, they will get it right. This is better than not doing anything at all.

No government policy has ever favored anyone; even business owners. These policies are made to their own taste. The exchange rate is not helping at all and the dues keep going up. The closure of the borders has also influenced smuggling. The truth is, nobody can pay a complete duty of a vehicle. The risk and demurrage are on the high side. The government has not made things easy for importers because we have to always gone through the agents and we cannot know the actual amount of duty to be paid.

The Government in their own wisdom decided to reduce the rate of duty for certain categories of vehicles. This is all in an effort to encourage some people to bring in their vehicles through the approved border, because they believe that most of the reason many people go through illegal routes is because of the high cost of clearing of the vehicles. They have reduced duty payable on some categories. However, we are of the opinion that they should make this policy such that the older the vehicle, the higher the duty while the newer the vehicle the lower the duty. This will encourage people to import newer vehicles. We believe that these newer cars that have cleaner emissions will be better suited for our country. The auto policy in essence has really encouraged production while at the same time discouraging smuggling for now.

I don’t think there’s any policy that is been operated by Nigeria that does not have its lapses. The rate of smuggling has reduced. They have reduced the exchange and duty rate. The only issue we have is the closure of the borders.