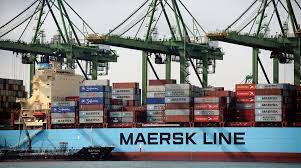 This investment is made through Maersk Growth, the corporate venture unit of A.P. Moller – Maersk.

The company expects several fuels to exist alongside in the future fuel mix and has identified 4 potential fuel pathways to decarbonization; biodiesel, alcohols, lignin-enhanced alcohols and ammonia.

The investment supports its efforts with electrofuels which include alcohols produced from renewable energy. Along with biodiesel, alcohols including green methanol are feasible fuel technologies already today, according to the shipping giant.

“Electrofuels are expected to play a key role for the decarbonisation of shipping and, if scaled successfully, Prometheus Fuels’ technology will address a key constraint for carbon based electrofuels – namely the cost competitiveness of direct air capture,” Morten Bo Christiansen, Head of Decarbonisation, A.P. Moller – Maersk commented.

Synthetic alcohols and other electrofuels can play a big role in the decarbonisation of shipping, due to its long-term scalability advantages compared to biobased fuels. Produced from renewable energy and water and ambient CO2 from direct air capture, it has the potential to offer infinite availability regardless of geographic scope, the company emphasized.

“The minority investment in Prometheus Fuels will support A.P. Moller – Maersk’s work to execute on the strategy to decarbonise marine operations,” the firm concluded.

Earlier this month Maersk invested in WasteFuel, a California-based startup producing green bio-methanol from waste. WasteFuel will develop biorefineries that use the most effective technologies available to produce sustainable fuels from unrecoverable waste that would otherwise degrade, and release methane and other harmful emissions into the atmosphere.

The investments in new fuels were made following the company’s announcement to add eight methanol-powered containerships set to be completed in the first quarter of 2024.