The Major Oil Marketers Association of Nigeria (MOMAN) has received two vessels of Premium Motor Spirit (PMS) as scarcity of the product continues to persist in Lagos and other parts of the country. 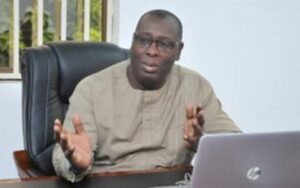 Mr Clement Isong, Executive Secretary, MOMAN, said on Tuesday in Lagos that the vessels were received from the Nigerian National Petroleum Company Ltd.

Isong said the recent importation of off-spec petrol into the country and the subsequent directive to withdraw the affected products from the market created a huge supply gap.

“We know that the withdrawal of the four vessels disrupted the supply chain leading to panic buying by Nigerians.

“We (MOMAN) members have so far received two vessels from the NNPC since our last meeting on Wednesday and we believe the NNPC and other stakeholders are working tirelessly to see how this problem can be resolved.”

Isong said it was imperative for the downstream petroleum sector to be fully deregulated with importation of PMS liberalised to ensure improved supply and stability.

Meanwhile, scarcity of petrol has continued to persist in Lagos State one week after the Nigerian Midstream and Downstream Petroleum Regulatory Authority (NMDPRA) assured Nigerians that the queues would soon disappear.

A NAN correspondent who monitored the fuel situation in Oshodi, Ikeja , Mushin, Surulere, Iyana-Ipaja and Abule Egba observed that majority of the filling stations were still not selling petrol.

Long queues could be seen in the few stations selling with both private and commercial motorists complaining about the situation.

NAN reports that many commuters were stranded in various bus stops in the nation’s commercial capital.

A commercial motorcycle operator, Mr Niyi Adedeji, said he has been on queue for two hours waiting to buy fuel.

”The long wait is very frustrating, especially as passengers will not want to board my motorcycle if I increase the fare,” he said.

Also, a bus driver who simply gave his name as Martins, urged the authorities to find lasting solution to the issue.

“The suffering in this country is too much. I have been struggling to get petrol since morning and I have a family to feed and will also balance the owner of the bus.

“I am begging the government to find solution to this scarcity issue,” he said.

However, an official of the NMDPRA told NAN on the condition of anonymity that the problem of petrol scarcity in Lagos State would soon abate.

The official said discharge and offloading of vessels is currently going on at the ports in Apapa and Ijegun-Egba, noting that the withdrawal of the sub-standard petrol created several challenges that were still being addressed.