Maritime Academy of Nigeria, Oron, has honoured the Nigerian Registrar of Ships Nneka Obianyor for contributing immensely to the training of cadets in the foremost maritime academy in Nigeria. 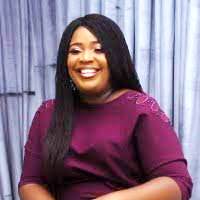 Obianyor who is lawyer and as well a Deputy Director in the Nigerian Maritime Administration and Safety Agency (NIMASA) had a street named after her in the academy for her outstanding sacrifice to the growth of maritime in Nigeria especially in the areas of training of cadets in the institution.

The Registrar was honoured alongside President Muhammadu Buhari, Professor Yemi Osinbanjo and other prominent Nigerians who have made tremendous contributions to the industry.

Obianyor a trained lawyer was appointed the Registrar of Ships by the Minister of Transportation; Rotimi Chibuike Amaechi and has made a lot to strides in the office.

It should be noted that MAN Oron under the leadership of Commodore Duja Effedua Rtd. who was recently reappointed for his second tenure, has been witnessing a lot of transformation

The institution recently enhanced its training capacity by acquiring a multifunctional simulator to aid the training regime of the academy. This is also aside the new buildings and other relevant structures which has been named after various prominent institution.