Home » Marine Pilots And Their Roles

Marine Pilots And Their Roles

There are currently around 99,800 ships of 100 gross tons and above, equivalent to 2,134,639,907 DWT (Dead Weight Tonnage) circumnavigating the globe carrying cargoes of every conceivable size, type, and capacity facilitating global trade of around $28.5 trillion.. Not just cargoes, but there are also ships carrying passengers, laying underwater cables, carrying out research, and many such activities. 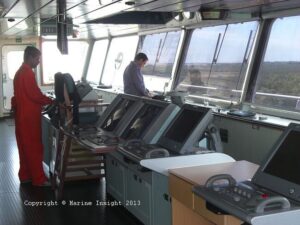 As per Lloyds List, there are more than 2900 ports globally and one thing that all these ships entering and departing the ports of the world have in common is that each of them has a “Marine Pilot” or “Pilot”..

What is the need for a marine pilot?

The pilot has the onerous task of navigating the ship into the local port as they have overall expertise on specific local conditions existing in the port area. The local pilots are aware of channel depths, any dredging operations done, navigational hazards like underwater cables, and other obstacles. In general, they provide local knowledge and experience to the Captain of the ship to ensure that navigational safety and the environment are not compromised.

However, very little is known or shared about these professionals without whom, the ships that we rely on for our consumer or industrial goods may not make it safely in and out of ports..

Ships move in and out of port at all odd hours and therefore pilots around the world work irregular and different timelines which messes with their circadian rhythm, akin to someone feeling jet lag..

Pilots also have to be reasonably fit as their work involves many physical tasks such as boarding moving ships.. A small high-powered launch commonly known as Pilot Launch will transport the Pilot from the Port Control Tower or Pilot Station to the ship which could be several nautical miles away.. The pilot then has to be able to climb a high ladder (usually a rope ladder) onto the moving ship to access the deck which is several meters high depending on the size of the ship..

Some ports around the world use helicopters instead of pilot launches and the pilot is lowered onto the moving ship from the helicopter using a harness and safety equipment.

Read Also:  QUESTION OF THE WEEK: What is the difference between a Ship Captain and Master Mariner?

It is notable that these pilots take a substantial amount of risk due to the fact that they have to embark or disembark from a pilot launch onto moving ships or be dropped off or picked up by a helicopter from a moving ship..

Here are some examples of what they go through.

Marine pilots don’t only operate within the ports around the world, they also work across the various canals around the world like the Panama Canal, Suez Canal, St.Lawrence Waterway, etc.. Navigating ships through these canals involves a lot of special skills and a lot of local knowledge.