Gov. Aminu Masari of Katsina State has condemned the recurring killings of innocent citizens through reckless driving by operatives of the Nigerian Customs Service (NCS) in the state. 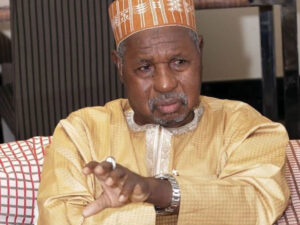 In a statement by Malam Abdu Labaran, Director-General, Media and Publicity to Masari and made available in Katsina last weekend, Masari said he would no longer condone such senseless killings.

NAN reports that the governor’s warning came in the wake of the recent death of eight people, who were crushed by operatives of the NCS driving recklessly in pursuit of suspected smugglers in Jibia Local Government on Aug. 9.

Masari extended his condolences to the families of the deceased and those who sustained injuries, warning that the government would no longer fold its arms and watch law-abiding citizens killed by government agents who were supposed to be protecting them.

“The state government is considering legal action against the NCS, to serve as a deterrent against future occurrences of the fatal incident” Masari said.