The Federal Government has clarified that there was no election after her delegation pulled out of the meeting of the Maritime Organisation of West and Central Africa (MOWCA), which held in Kinshasa, Congo Democratic Republic last week. 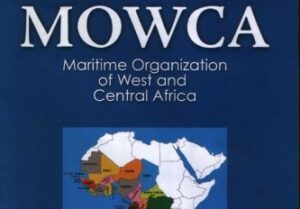 This clarification was contained in a statement issued by Mr Eric Ojiekwe, Director of Press and Public Relations of the Ministry of Transportation in Abuja.

The spokesperson said it has come to government’s notice that a section of the media reported that Nigeria backed out of MOWCA after losing the election for the office of Secretary General of the organisation.

The statement reads: “For purpose of clarity, we wish to inform the public that the election did not hold after Nigeria excused herself from the 15th General Assembly of the body in Kinshasa, Democratic Republic of Congo.

“Where attempts were being made to accept candidates who did not meet the eligibility requirements.

“There is no substantive Secretary-General of the organisation presently because of this impasse.”

Recall that the candidate nominated by Nigeria for the post of Secretary-General was 55 years as at when nominations closed in 2020.

The candidates of Guinea was 60-year-old and that of Benin Republic was 62.

By this, the Nigerian candidate and Director, Maritime Services, Federal Ministry of Transportation, Dr Paul Adaliku is the only eligible candidate and should have been declared unopposed.

The federal Government stressed that, Nigeria will not be party to circumvention of laid-down rules and extant procedures governing the Maritime Organisation of West and Central Africa (MOWCA).

”Nigeria left the discussions preceding the elections because as a country, we will not be party to circumvention of laid down rules and extant procedures governing the 46-year-old body”, the stated added.