After the completion of sale, MPCC’s total fleet will include 68 vessels. Credit: Maksym Kaharlytskyi / Unsplash. 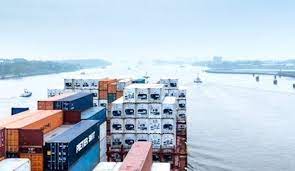 These steps are part of a package of measures that are expected to boost the company’s balance sheet flexibility.

The company will sell six vessels with an average size of 1,200TEU in a deal valued at $135m.

Upon completion of the sale, MPCC’s total fleet will include 68 vessels.

In addition, MPCC reached an agreement with Hamburg Commercial Bank (HCOB) for a $180m five-year senior secured credit facility, which will include a $130m term loan and revolving credit facility of $50m.

The facility and sale proceeds will be used to refinance the DNB acquisition funding along with the outstanding $204m bond financing.

In a statement, MPCC said: “During Q4 2021, the company intends to use the facility, together with parts of the proceeds from the agreed vessel sales to refinance the existing DNB acquisition financing, as well as the outstanding $204m bond financing.”

Subsequently, the earlier DNB acquisition financing, along with the outstanding senior secured bonds, will be repaid completely.

Furthermore, some of the ships owned by the company will be unencumbered later.

MPCC CEO Constantin Baack said: “The new financing with HCOB constitutes another important step of optimising the balance sheet structure, reducing our cost of debt and extending debt maturities into 2026. In addition, it creates high flexibility and optionality based on more than 30 unencumbered vessels following the refinancing.”

MPCC has also fixed another seven container ships with long periods and ‘attractive rates’, with its EBITDA backlog subsequently jumping to more than $700m.

The company expects the new financing structure to offer ‘high flexibility in capital allocation and a solid foundation’ for a sustainable dividend policy.

In August, the MPCC concluded a $210.25m deal to acquire compatriot Songa Container.