Home » MWUN Describes Report Of Extortion By Its Members As  False, Manipulative And Malicious

MWUN Describes Report Of Extortion By Its Members As  False, Manipulative And Malicious

The Maritime Workers Union of Nigeria (MWUN) has described the allegations leveled against it by the President of the Committee of Maritime Truck Unions and Associations (COMTUA); Mr Yinka Aroyewun  as false, manipulative and malicious. 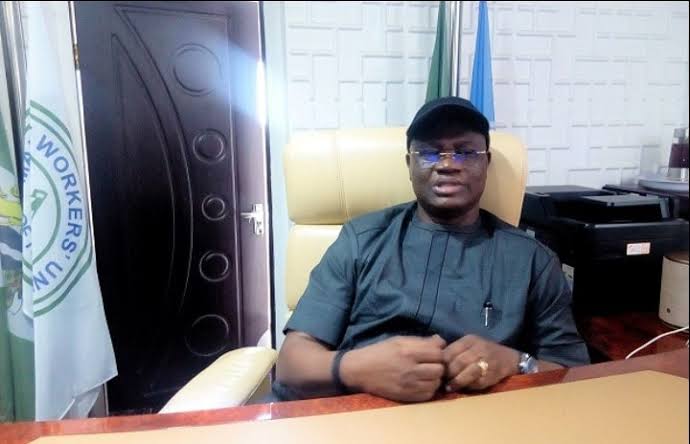 Recall that in a press statement issued yesterday by the President of COMTUA, he had accused the union of mounting 20 illegal extortion points between Coconut Bus stop and Tin Can Island Port gate.

However, in a press statement issued by the MWUN and signed by its Secretary General, Com. Felix Akingboye, the union described the accusations as lies, while querying the possibility of having 20 checkpoints in a short distance of less than 1000 meters.

The union further described the allegation by COMTUA as manipulative and laughable, while adding that COMTUA has again resorted to his gutter tactics of wantonly peddling falsehood

The union explained that for the sake of clarity, MWUN confines its activities to areas clearly within its jurisdictional scope; one of which is haulage, ably superintended by one of its highly trained and respected union officials; Com. Taofeek Shorinola.

The union said: “Ordinarily, MWUN will not join issues with COMTUA, however, we are compelled by the manipulative and malicious lies put into public space by a clearly-disgruntled and disoriented Prince Adeyinka Aroyewun to issue this rebuttal.

“We wish to point out that MWUN and other reputable unions and association were founding members of COMTUA, but had to withdraw their membership because continually a faction of COMTUA led by Prince Adeyinka Aroyewun breached COMTUA Memorandum of Understanding and resorted to blackmail and threats to members, security agents and government alike.

“He even went to the extent of writing frivolous petitions against COMTUA members while inciting in-fighting. We are not therefore surprised that Prince Adeyinka Aroyewun has once again resorted to his gutter tactics of wantonly peddling falsehood as his means of getting back at MWUN for withdrawing its membership from COMTUA.

“MWUN is a partner in growing our economy and ensuring peace in all our ports, terminals, jetties and oil and gas platforms which informs our unblemished decade long record of maintaining industrial peace in the maritime sector. Our record is in the public space for all to see.

“Short of libelous, Prince Adeyinka Aroyewun’s assertion that MWUN tolls 20 checkpoints from coconut Bus stop to Tin can island gate — a distance of about 1000 meters is a figment of his myopic imagination and a deliberate lie designed to malign our good image.

The statement added that, “Com. (Prince) Dr. Adeyanju Adewale, President General, MWUN has over the years built a reputation based on probity and proper public service, he has contributed in no small measure to the growth, sustenance and development of the maritime sector.

“This can be attested to by the many myriads of accolades conferred on him by both government and other relevant stakeholders in the maritime industry. So, to drag his name into this frill is wicked and unfortunate.

“For the sake of clarity, MWUN confines its activities to areas clearly within its jurisdictional scope; one of which is haulage, ably superintended by one of our highly-trained and respected union officials – Com. Taofeek Shorinola.

“Our well-trained members will and have not in any circumstance gone against the law as they ply their trade within the exclusive economic zone of the ports and cannot be found on the roads outside the port vicinity.

“This again is one of the many lies of Prince Adeyinka Aroyewun, contorted to tarnish and rubbish the well laid foundation of MWUN and should therefore be ignored”, the union stated.