The Maritime Workers Union of Nigeria (MWUN) has applauded the commencement of work at the berth 9 to11 in Onne Port in Rivers State, which is operated by Messrs Onne Multi-Purpose Terminals. 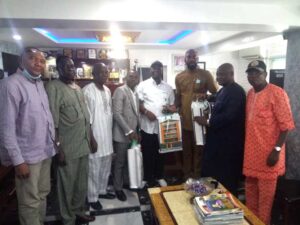 The union, at a meeting with the management of Onne Multi-Purpose Terminal on Tuesday at its national secretariat in Apapa in Lagos applauded the commencement of operations at the terminal.

In a statement signed by its President General, Comrade Adewale Adeyanju, the MWUN also appreciated the Nigerian Ports Authority (NPA) for attracting investments and development in eastern ports.

According to the union, such investments will reduce the pressure on Lagos ports. It added that the meeting was a “follow up of our persistent call on government to encourage maritime operations in the eastern ports of Warri, Calabar, Port Harcourt, Onne etc, to reduce the enormous pressure on the Lagos ports”.

The MWUN also added that the meeting was aimed at drawing a blue print for increasing terminal activities in Onne port and invariably boosting business and the supply chain channels of the eastern port region and boot trade.

In the statement, the MWUN however hinted that, “the meeting also afforded the opportunity to commence negotiations of a collective bargaining agreement that will guide conduct and earnings of our employees – dock workers in their terminal while guaranteeing proper standards of their welfare”.

He further assured management of the union’s support while encouraging the terminal to put in place the right work environment, even as he called on other prospective investors to key into the vast resources of the eastern ports and invest.