The Nigerian Association of Chamber of Commerce, Industry, Mines and Agriculture (NACCIMA) has sought the assistance of Nigeria Export Processing Zones Authority (NEPZA) to stop migration of big Nigerian industries to other countries. 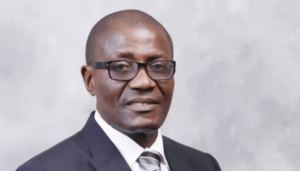 A delegation of NACCIMA, led by its National President, Chief John Udeagbala, made this known in Abuja during a visit to Prof. Adesoji Adesugba, the Managing Director of NEPZA.

Udeagbala appealed for government’s intervention to completely stop migration of big industries in Nigeria to Ghana and other West African regions.

According to him, the association is concerned about the impact of the migration of big industries to other countries to the economic growth of Nigeria.

He however expressed appreciation for the assistance of NEPZA’s management to NACCIMA and also its role in the development of industries in Nigeria.

Kayode, who was the former President of the Abuja Chamber of Commerce and Industry (ACCI), said NEPZA was in the position to do a lot in developing this critical sector.

He urged the authority to spur development in the mine sector and agricultural processing for exports to expand the economy and slow down economic migration.

Adesugba, earlier reiterated Federal Government’s effort in enhancing the the Organised Private Sector (OPS), adding that it would ensure that members of NACCIMA benefited from opportunities opened within the Free Trade Zones (FTZs) scheme.

“Some of your members are currently part of the FTZs scheme, we have 22 viable schemes, led by private sector individuals, about 14 are located in Lagos while others are in other parts of the country.

“We will work closely with you, you can get your members to key into the opportunities,” he added.

The NEPZA boss also disclosed that within this administration it would be setting up six zones, adding that it had started three and would complete it in the next project dispensation.

He noted that government could not do it all rather the private sector engagements were needed to make the scheme a standard.

Adesugba, said that issues relating to financing and funding of members, especially the Micro, Small and Medium Enterprises (MSMEs), should be tackled for business development in Nigeria.

He emphasised that NEPZA, as a scheme that began in 1992 to attract foreign and local investments into the country, has attractive tax free incentives and free import duty scheme.

These, he said have deepened the linkages of what NEPZA does with multiplying effects on the MSMEs within the FTZs

“We have been working assiduously with some members of NACCIMA who are members of enterprises at the FTZs. We will continue to work together to create values for national economic development,” he noted.