A former Director General of the Nigerian Maritime Administration and Safety Agency (NIMASA); Mr Temisan Omatseye has raised alarm that operating license and the ownership documents pertaining to the moribund National Unity Line (NUL) are missing. 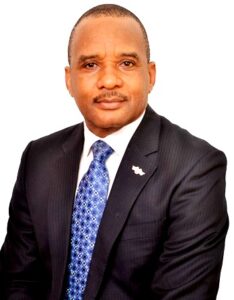 The NUL which was floated after the liquidation of the Nigerian National Shipping Line (NNSL) was a government-owned shipping company with just one ship in its fleet.

The operating license confers on the NUL certain privileges, deriving from the Cabotage Act and also from the Local Content policy.

But, because the NUL was not trading, in 2006 it was sold to a company called Seaforce Shipping Limited, which is owned by business mogul; Mr Femi Otedola.

Seaforce Shipping Limited bought the Nigeria Unity Line, which had no assets, but has an operating license for $20million. The new owners of NUL bought it for the sole purpose of utilising the company’s national carrier status, taking advantage of the Cabotage Act and the Local Content policy.

But, in an exclusive interview with Shipping Position Daily, a former DG of NIMASA; Mr Temisan Omatseye disclosed that Otedola’s company could not derive any benefits from its ownership of the NUL.

According to him, the business mogul eventually requested for a refund of the investments from the Federal Government.

“The National Unity Line was a company that was given to Femi Otedola and when I was DG (of NIMASA), he said he didn’t get any benefit from it, so he wanted his money back”.

He said NIMASA had to take the NUL back from Seaforce because of the complaints that, contrary to the agreement, NUL was only a national carrier on paper.

“So we took the company as NIMASA. What is shocking to me now is that they cannot find the papers for that company. He took that company back and we gave it a National Carrier license”.

He gave an insight into the vision for the NUL and that it was not meant to be a vessel-owning company.

Shipping Position Daily recalls that the Bureau of Public Enterprises (BPE) had some time ago sought collaboration of the NIMASA, to refloat the collapsed National Unity Line with the private sector as operators, but the efforts yielded no result.

The BPE had posited that, although the NUL was no longer operational, its license was still very useful especially as it concerns the Cabotage Act and the Local Content Act.

It is the same license that the former DG of NIMASA said is missing.

Several fruitless attempts were made to speak with the DG of NIMASA; Dr Bashir Jamoh. Messages sent to his telephone number were also un-replied as at press time.