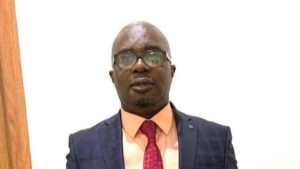 The NDLEA disclosed this in a statement by its Director, Media and Advocacy, Mr Femi Babafemi, on Sunday, in Abuja.

It said that, moves by illicit drug merchants to bring into Nigeria 94 parcels of cannabis indica (Colorado) weighing 43.4kg, through the Tin Can seaport in Lagos, were crushed on January 13th.

“When operatives intercepted the drug inside a 40ft container from Canada; the exhibit was concealed inside a Toyota Camry car.

“This came on the heels of a similar seizure on Jan. 11th of 59 parcels of Colorado (17.3kg) concealed in a Mercedes Benz vehicle imported from Canada, ” he said.

Read Also:  People And Places To Watch Out For In 2022

Also it added that, NDLEA operatives have frustrated an attempt by drug traffickers to export 73 parcels of cannabis (34.05kg) concealed in foodstuff plastic containers to the United Kingdom.

Babafemi said that the operatives also intercepted another 50 parcels of cannabis consignment (27.25kg) meant for the United States, at the export shed of the airport on Tuesday Jan. 11th.

He said that at least three suspects have so far been arrested in connection with airport seizure.