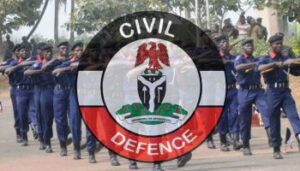 The Zonal Operation Manager of NDSS in-change of Delta, Edo and Ondo States, Chief Job Omotuwa, made the remarks while speaking with newsmen on Friday in Akure.

Omotuwa explained that NDSS arrested eight suspects with four boats loaded with drums of Automotive Gas Oil (AGO), in the conjunction with the anti-vandal unit of NSCDC, Ondo Command.

He added that the arrest was made on Nov. 14, at Abereke in Ilaje Local Government Area of the State.

According to him, on Oct. 28, a vessel was equally arrested by NDSS, when the suspects embarked on the same illegal dealings in petroleum products business on the high sea.

“As partners in progress with the security agencies statutorily empowered by law to investigate and prosecute such crime, we have handed the suspects, boats and drums of AGO to NSCDC in Ondo State.

“NDSS remains a disciplined, dedicated and law abiding team and we will not relent in discharging our duties in collaboration and synergy with the security agencies on board,” he said.

Omotuwa adviced the general public, especially those in coastal areas to stop any act of vandalism, illegal bunkering and dealing in petroleum products. He said the NDSS would not hesitate to arrest suspects and hand them over to the security operatives.