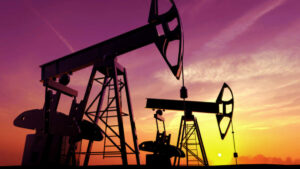 This is according to data in the recently released Monthly Oil Market Report (MOMR) by the Organization of Petroleum Exporting Countries (OPEC).

The data showed that Nigeria produced higher volumes of crude oil than its closest rivals, Angola and Algeria for the month under review.

Insights on Nigeria: Since Q2/2022, Nigeria has battled crude oil theft in its Niger Delta region hosting the country’s major oil and gas assets. However, since the clampdown on the challenges, with the aid of security agencies as well as third-party security outfits, the Federal Government has been able to keep crude oil theft at a low.

Wunti also said that crude oil theft is being tackled by the development of a better security architecture. According to him, the NNPC was working to address the lack of coordination among the oil sector players – regulators, security agencies, host communities, and private security outfits.

Wunti also disclosed that Nigeria’s oil production as of December 6 is 1.59 million barrels per day.

In case you missed it: Bala Wunti had earlier stated that three types of losses occur during crude oil production. They are:

Actual losses where hydrocarbons are produced but get stolen

Opportunity losses arise because operators are unable to produce what was initially planned.