Two divers working on Nigerian waters have been upgraded to Air Diving Supervisors, after completing the mandatory 200-panel hour by the International Maritime Contractors Association (IMCA). 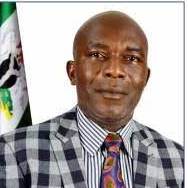 The Chief Inspector of Diving (CID), Mr Julius Ugwala, said this in a statement signed by Mrs Ezinne Azuna, his media consultant on Friday in Lagos.

Ugwuala said the 200-panel hour was the practical component required of Trainee Air Diving Supervisors (TADS) by IMCA before their final certification as supervisors.

He said the feat was achieved last week under his supervision, five years after they became divers.

The trained divers are: Mr Dacosta Moriafen, a Nigerian and Mr Louis Stefanus De Jager, a South African, working on board a Floating Storage and Offloading vessel at the EBOK Field.

The CID is an appointee of the Federal Government, through the Ministry of Labour and Productivity.

He works with the Diving Advisory Board to vet and approve all diving operations in the country to ensure compliance with the 2018 Diving at Work regulation.

Ugwuala noted that Nigeria had only nine diving supervisors, a situation he said limited Nigerian divers from taking up available jobs.

“Dacosta waited for this opportunity since 2014; it is exciting to be a part of his success story.

“The panel hour is compulsory. You need to go offshore to get 200 hours on the panel. Until you get your hours, you cannot go for your final exams or get your certificate.

“It is difficult in Nigeria because the expats are afraid that if Nigerians start developing, one day, they will not have jobs here again so, they use systematic racism to deny them the hours because IMCA said that it is only the discretion of the supervisor to do that.

“The company can ask the supervisor but it is only on the discretion of the supervisor if he wants to do that. If not, he can just bring up excuses,” he said.

Ugwala said he suffered the same problem but as the Chief Inspector of Diving, he would love to have Nigerian divers get their panel hours.

“We only have nine supervisors and currently, five of them have moved on, they are no more supervising and we only have four left.

“Of the four, two are in Escravos. We cannot be everywhere at the same time. We have more than 150 trainee supervisors that are waiting for panel hours for more than five years now but no opportunity for them.

“Local content is critical and so we must develop more Nigerians in that area,” he said.

He noted that with the COVID-19, the Oil and Gas industry brought in foreigners and this prevented the industry from being shut down because two or four Nigerian divers could not match the entire oil field.

He added that granting panel hours would salvage the industry and keep the money within Nigeria.

Read Also:  Where Did All the Shipping Containers Go?

“This was a big setback and we have to correct it as soon as possible”, said Ugwala.

He added that the establishment of the Diving Advisory Board helped in shaping the industry rightly as the Board through its engagement with various organisations prioritised the employment of and capacity building for indigenous divers.

He said one of those engagements paid off with Hydrodive being the first company with an all-Nigerian diving crew, which successfully executed a project earlier in the year.

“Part of our discourse is on capacity building and employment. Nigerians who have capacity to do the work should have the first right of refusal before expats,” Ugwala said.

Also, the trainee divers – Moriafen, and Stefanus De Jager – urged supervisors to give more room for trainees to gain their panel hours for the growth of the sector.