Nigeria, on Thursday, commenced the export of 20 containers of agro-commodities to China, as officials of the Asian country announced that the trade volume between both nations increased to about $26bn in 2022. 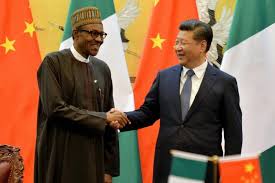 The objective was to increase the volume of export to China and other countries in the far-east region through sensitising, converting, training, guiding and the off-taking of agricultural commodities.

Ginger, sesame seeds and other agro-commodities were loaded in 20 containers (40-feet each), at the plant of Zeenab Foods in Abuja, from where they were moved to the Ports for export to China.

Speaking at the event in Abuja, an official from the China Trade Office/Embassy in Nigeria, Allen Znang, said the export of agro-commodities from Nigeria to China was a milestone, adding that it would further increase the trade volumes between both countries.

The Managing Director, Zeenab Foods, Victor Ayemere, said the commodities were heading to Nigeria’s trade house in China, from where they would be distributed.

Ayemere said the first set of exports to China was done in 2022, adding that more agro-commodities would be exported from Nigeria to the Asian nation.