Nigeria Customs Service Zone “B” Seizes Cannabis , Other Goods Worth N198m Within One Month

The Nigeria Customs Service (NCS) Federal Operations Unit, Zone ‘B’, says it seized smuggled goods across the zone with Duty Paid Value of N198.1 million in the past one month. 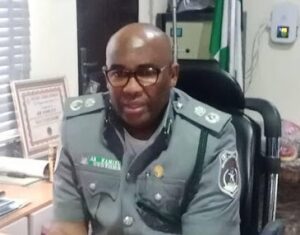 The NCS Comptroller in the zone, Mr Al-Bashir Hamisu, stated this in Kaduna Tuesday while displaying 69 items seized in the zone during the period under review

He reiterated the commitment of his Service to partner with various agencies for better results, adding that the present success was the result of synergy with sister agencies.

The Comptroller said this particular feat was peculiar, adding that the attitude of the public had changed for better as border communities now provided credible information.