Within a two-year period covering January 2019 and December 2020, the Federal Government through the Nigerian Customs Services granted the sum of N992.9bn as waivers on imported goods, findings have shown. 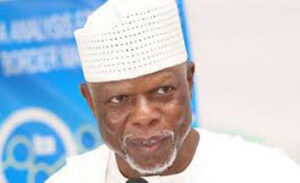 Import duty waivers, exemptions and concessions are used by governments in various parts of the world to protect local businesses and jobs but they have typically been abused in Nigeria and have become a major drain on the national economy.

Apart from the abuse which they have been subjected to, import duty waivers are used by nations to meet specific economic goals, especially in protecting local industries, creating jobs and promoting exports.

A breakdown of the waivers granted in 2019 showed that exemptions on import charges stood at N127.7bn; surcharge, which consists of seven per cent import duty, was N8.6bn; and common external tariff levy, N4.6bn; Comprehensive Import Supervision Scheme, N2.6bn; while exemptions under the ECOWAS Trade Liberalisation Scheme was N4.8bn.

For the 2020 fiscal period, reliefs granted was estimated at N780bn, comprising N600bn from waivers of import duties and N180bn from VAT on Import duties.

The report said, “This (amount) is a sizeable revenue considering that actual customs revenue collection for 2020 was N931.6bn.

“Two thirds of total relief are granted on an import duty exemption certificate, an additional 26 per cent is on fuels, lubricants and similar products as approved by the minister. Relief of the CET levy accounts for about 42 per cent while 15 per cent is attributable to the VAT.”

Last year, also, gas oil imported into the country was granted the most waivers, accounting for 26.2 per cent of total reliefs, followed by other generators (such as dynamos, alternators), stranded wire, cable, plaited bands and the like, of copper, not electrically insulated and ordinary motor spirit, ordinary.

In terms of country of supply, five countries accounted for about 86 per cent of total customs relief with China responsible for nearly two thirds of total relief granted.

Netherlands, Togo, Benin and India are the other top sources of supplies benefitting from the reliefs.