Chief Niyi Adebayo, Minister of Industry, Trade and Investment, says Nigeria is well prepared for the African Continental Free Trade Area (AfCFTA) with policies and initiatives being implemented by the Federal Government. 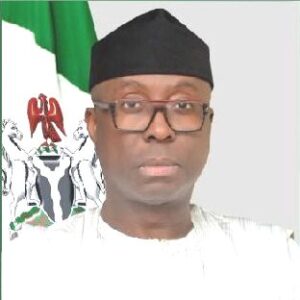 The News Agency of Nigeria (NAN) reports that Adebayo spoke at the Second Pakistan-Africa Trade Development Conference and Single Country Exhibition on Tuesday in Lagos.

Adebayo said the implementation of the AfCFTA would redefine trade relations within African states and beyond.

He said it creates a single market for goods and services across the 54 countries of Africa with a collective population of 1.2 billion people and a market worth $3.4 trillion.

“The Federal Government of Nigeria is well prepared for AfCFTA. A number of measures have been implemented through the Ministry of Industry, Trade and Investment.

He said the amendments to the Act provide additional incentives to encourage businesses and purposeful investments to the country.

According to him, Nigeria is also one of the 14 African countries that has developed an online investment guide.

Adebayo said the iGuide Nigeria provides investors with up to date information regarding processes and procedures as well as basic cost of setting up businesses in the country.

He said the automation of the Nigeria Customs Service had also accelerated the clearance of goods while the government was working on bringing the infrastructure gaps.

The minister said the Nigerian Investment Promotion Commission (NIPC) had also developed a Book of States which highlight the investment potential and opportunities of the various states of the federation.

“As a country, our goal is to completely implement the World Trade Organisation trade facilitation agreement by 2025, ” he said.

Emmanuel said: ” Nigeria is the ideal gateway economy for leveraging the AfCFTA.

“Nigeria is more than ready than most African economies. The AfCFTA will expand market for Nigerian goods and services, creating jobs and economic growth.”

He said that many Nigerian companies, particularly in the service sector, had long developed capacity to serve the rest of Africa which would be further boosted by the AfCFTA.