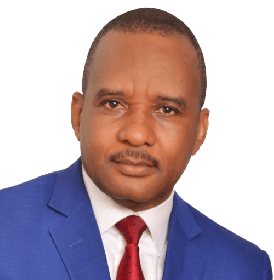 He was reacting to the response of the Lloyd’s List Intelligence, a specialist business information service dedicated to the global maritime community, to his earlier call for review of the high insurance based on improved security conditions in the region.

The NIMASA DG who acknowledged that Nigeria’s reputation has been in question because of the incessant attack in the Gulf of Guinea prior to the deployment of the deep blue assets, urged the international community to go back to the bench mark and tick areas where the country has done well in other to remove the war risk premium

He argued that Nigeria’s maritime trade is threatened and at loss due to the increasing war risk insurance premium paid by Nigeria-bound vessels.

He further said since the deployment of the deep blue project assets in February, there had been a steady decline in piracy attacks in the Nigerian waters on a monthly basis.

Giving breakdown of the equipment and personnel to combats pirates in the gulf of guinea, the NIMASA DG said over 600 personnel have been trained to combat and fight pirates, aside the C4I and other deep blue asset gadget.

According to him “We are trying to eliminate the stigma given to Nigeria since we have achieved this milestone, since the deployment of the deep blue project assets in February, there had been a steady decline in piracy attacks in the Nigerian waters on a monthly basis.

” If today, they remove the War Risk Insurance, each and every Nigeria will benefit from it. We therefore urge the international shipping community to rethink the issue of war risk insurance on cargo bound for our ports. Nigeria has demonstrated enough commitment towards tackling maritime insecurity

” For us we will continue to have sleepless night until we ensured that Nigeria is free from piracy” he assured.