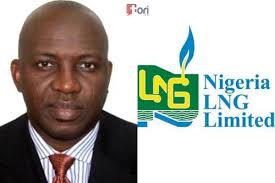 Mr Tony Attah, Managing Director, NLNG, made the disclosure during a panel session at the ongoing 2021 Nigeria International Petroleum Summit (NIPS) on Tuesday in Abuja.

The theme of the conference is “From Crisis to Opportunities: New Approach to the Future of Hydrocarbons.”

Attah said the consumption of the domestic LPG market was more than one million MT in 2020, adding that the NLNG contribution was about 40 per cent.

He noted that the NLNG was also increasing its supply to the domestic market from 350,000MT annually to 450,000MT to meet the growing consumption demand.

According to him, gas has a pivotal role to play in Nigeria’s socio-economic development as the world moves toward energy transition and renewables.

Attah said with 203TCF of proven gas reserves, Nigeria needs to optimise its resources for national development, adding that this was one of the mandate of the NLNG.

He said the country was currently number seven in the world in gas flaring from number two 15 years ago.

Attah added that the country would continue to work toward reducing its carbon emissions.

“Cleaner energy is a big deal to us at NLNG. More than 100,000 people die annually as a result of inhalation of exhaustive waste and they are mostly women and children.

“So, we want to support the government to bring cleaner energy to Nigerians,” Attah said.

Stokman said an effective legislative framework was needed to attract investments to Nigeria’s oil and gas industry and create value across the value chain.

He lauded the Federal Government for declaration of the year 2021 to 2030 as the Decade of Gas.

Stokman said OVH Energy was working with other stakeholders to bring compressed natural gas to its customers.

On his part, Mr Sarki Auwalu, Director, Department of Petroleum Resources (DPR), called for more collaboration among stakeholders in the industry.

He added that the DPR would continue to create an enabling environment for their businesses to thrive.

Earlier, Chief Timipre Sylva, Minister of State for Petroleum Resources, in a short address, said the NIPS was a platform to discuss and find in-country solutions to challenges bedeviling the industry.