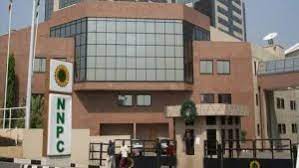 This implies that its February expenditure as a proportion of revenue is 0.93% as against 0.98% recorded in January.

The February report represents a trading surplus of ?39.85 billion compared to the ?9.62 billion surplus in January 2021.

The NNPC also reported revenue of N425.74 billion against an expenditure of N416.44 billion in January.

Due to the COVID-19 pandemic, the Corporation’s highest revenue for 2020, N546.65billion, was recorded last December.

Stakeholders have over the years maintained that the NNPC’s revenue contribution to the federation account are too low when compared with its expenditures.

For instance, a total export sale of $87.98 million was recorded in December 2020; decreasing by 19.17% compared with November.

Crude oil export sales had contributed $23.49 million (26.70%) of the dollar transactions in December compared with $73.09 million contribution in the previous month; while the export gas sales amounted to $64.49 million in December 2020.

Experts have argued that to set the Corporation on a path of profitability means allowing private entities own larger equity in the firm.

However, as an effort to rewrite history, a statement attributed to its boss, Mele Kyari, says the Corporation had reduced its administrative costs by 22% between 2018 and 2019.

In its first published audited financial statement (2019), the Corporation presented key information on its financial health- reduced loss by 99.7% – from N803 billion in 2018 to N1.7 billion in 2019 – thanks to a significant increase in profits from its subsidiaries between 2018 and 2019.

Despite Kyari’s efforts, the revised Petroleum Industry Bill, PIB, when eventually assented to by President Muhammed Buhari, will scrap the NNPC, replacing it with the NNPC Limited.