Within a three-year period covering December 2017 to December 2020, Nigeria generated a total sum of N6.5tn from non-oil exports, data from the National Bureau of Statistics have shown. 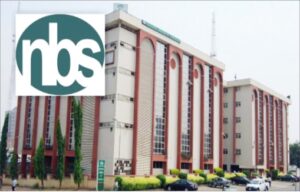 This sum is N5.8tn lower than its N12.3tn ($30bn) target set by the Federal Government under its zero-oil plan.

In the fourth quarter 2016, the Nigerian Promotion Council conceived the Zero Oil Plan (a core component of the Federal Government’s Economic Recovery and Growth Plan) to increase the contribution of non-oil exports to Nigeria’s Gross Domestic Product by 20 per cent.

According the NEPC 2016 annual report, the focus of the plan is to ‘generate at least a minimum of 40 – 50 per cent of Nigeria earnings from non-oil export’.

Among other things, the report disclosed that the plan was expected to grow non-oil foreign exchange to $30bn by 2020.

The $30bn was to be generated from 11 strategic export products – such as petrochemicals, palm oil, cocoa, soybeans, rubber – with high financial value to replace oil.

The report read, “The Nigerian Export Promotion Council launched the Zero Oil Plan, a medium and long term strategy aimed at diversifying the economy from oil. Zero Oil Plan has become a key component of the Economic Recovery and Growth Plan.

“The focus is to generate at least a minimum of 40 – 50 per cent of Nigeria earnings from non-oil export. The plan was presented to different states, development partners and donor agencies and has been widely accepted.

“The overall targets set for the zero oil plan include: to grow non-oil foreign exchange from $2.7bn base to $30bn by 2020.”

Out of the total export of N18.5tn recorded in 2018, only N1.9tn was generated from the export of non-oil products.

During the period under review, the Federal Government generated a total sum of N63.79tn from exports, out of which N6.5tn accrued from non-oil exports while N50.8tn was generated from exporting crude oil.

Consequently, crude oil remains the mainstay of the economy as it accounts for the largest share of total exports despite efforts of the Federal Government to reduce the country’s dependence on the product.