The management of the Nigerian Ports Authority (NPA) said it is poised to ensure optimal utilisation of its facilities across the nation’s seaports, according to the Acting Managing Director, Mr Mohammed Bello-Koko. 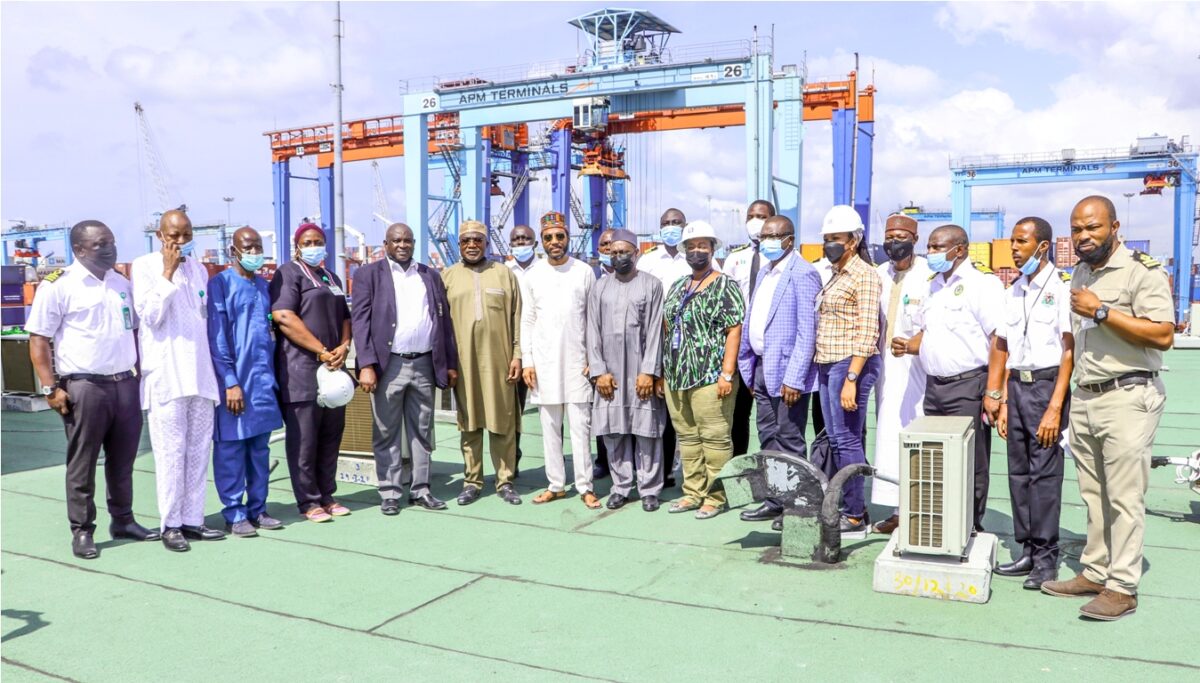 He made this known in a statement on Monday in Lagos, saying that this was with a view to position the ports on a competitive edge in the West and Central African sub region.

Bello-Koko, according to the statement, spoke while on a facility tour of the newly rehabilitated Control Tower located at the Lagos Ports Complex (LPC), Apapa.

The acting managing director said it had become expedient for port facilities to be upgraded so as to impact positively on port operational efficiency.

He said that effective communication was an important variable for efficient performance of the seaports.

“We aspire to be competitors in the sub region. One of the ways to achieve this is by ensuring our facilities such as the Control Towers are up to date and upgraded to work with modern communication and radar systems.

“This will improve communication, reduce ship waiting time and further reduce the cost of doing business at our ports , he said.

On the welfare of the pilots, he said the NPA placed premium on the comfort of ”this very valued category of staff of the Authority”.

“We are committed to the welfare of the pilots, matters concerning the pilots’ accommodation, medical care and recreational facilities at the rehabilitated nine-storey Control Towers are world- class.

“This comes with the provision of facilities such as sleeping quarters, gym, canteens, kitchens and meeting/ conference rooms for the pilots and other harbours staff,” he said.

Bello-Koko said that a second control tower at Tincan was also being upgraded to provide communication with ships using the VHF frequency.

He said that the rehabilitated control towers would also have updated radar and communication equipment that would enable communication between the ports in Lagos and Lekki deep sea port and Dangote refinery jetty.

Bello-koko said NPA would deploy more marine equipment like pilot cutters and security patrol boats at various port locations in order to improve port efficiency and security around the ports.

“We will ensure that we engage you for optimal performance,” he stressed.

Meanwhile, Bello-Koko has also allayed the fear of stakeholders over insinuations that the activities of hoodlums at the TinCan Island Port might negatively affect the progress already recorded by the truck electronic call-up system Eto.

He said that the incident had not in any way affected operations.

Bello-Koko appreciated stakeholders, especially the Lagos State Government, for the collaboration at enforcing Standard Operating Procedures (SOPs) in the use of Eto which had remained a continuum.

He used the opportunity of the visit to declare zero tolerance to vandalism at the nation’s seaports.

The acting MD called on all and sundry to partner the Authority in the auspicious task of hoisting the nation’s flag amongst the comity of nations with efficient ports in the the world.