Commandant of the Nigeria Security and Civil Defence Corps ( NSCDC) , Lagos State Command, Mr Okoro Eweka, on Thursday said that the corps would continue to strengthen security around oil pipeline areas within the state. 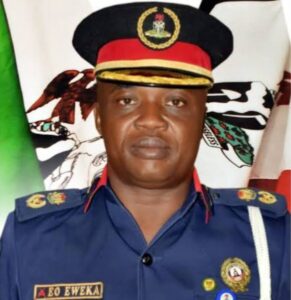 He said this in an interview in Lagos, while reacting to reports about oil theft in parts of the country.

The ad-hoc committee set up by the Senate to investigate oil theft and consequent damage on the nation’s economy had disclosed on Aug. 21 that Nigeria lost about N1.3trillion to oil theft between January and August, 2022.

Eweka said,” More than ever, the command will ensure an all the time (24/7) surveillance on the critical infrastructure.

He said that the corps had partnered other security agencies to watch the infrastructure .

He said that the command would not hesitate to expose person(s) or corporate entity that indulges in oil theft.

According to Eweka, vandalism of critical infrastructure and oil theft are eroding the country of great fortune.

Eweka promised that the corps would work harder always to stop vandalism and oil theft.