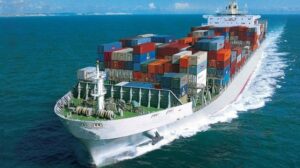 According to Drewry’s World Container Index, spot prices to ship a 40ft container from Shanghai to Rotterdam surged another 7% or $605 this week to $8,976 – more than six times their level last year, and those on Shanghai-Genoa rose $411 to $8,943 for a 40ft box, more than five times their level in the same period of 2020.

Prices on the transpacific saw more-modest gains, with a rise of just 1% to $5255 per feu, three times their level in the same period last year, while rates from Shanghai to New York inched up $78 to come in at $7,085 for a 40ft container.

Prices on the transatlantic remained relatively stable come up with the head haul westbound leg rising just 1% to an average of US$3,550 per feu on Rotterdam-New York.

Drewry expects the index to remain stable next week.