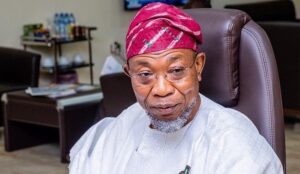 Aregbesola said this when he featured on the News Agency of Nigeria (NAN) Forum in Abuja.

He said it was binding on well-meaning Nigerians to protect the nation’s Critical Assets and Infrastructure.

“It is now a national duty if not an emergency, because it is impacting so badly on our revenue and economy,” the minister said.

According to him, the interior ministry is working with other agencies to eliminate threats to pipelines across the country.

“We are working together with other security agencies to eliminate, reduce, if not totally eliminate threats to our installations of oil pipelines,” he added.

He said that the ministry was not taking the issue of vandalism softly, as it had taken steps to strengthen the capacity of the Nigeria Security and Civil Defence Corps (NSCDC).

“We are pursuing and strengthening our own service that is engaged in the protection of critical national assets, which includes oil pipelines.

Read Also:  “My Capsized Boat Had 48 Passengers On Board And Not 85” – Driver

“Nigerians must know that we are up to the task and we are not leaving any stone unturned because we are committed.

“The Corps Anti-Vandalism Unit was also recently disbanded and reformed”, he said.

According to the minister, oil is the nation’s life line, as such oil theft is a great danger to the nation’s economy and environment.