About one month after the re-opening of the Idiroko border in Ogun state, along with others, an investigation by Shipping Position Daily has revealed that business activities are gradually picking up, even as smuggling and multiple checkpoints have resurfaced along the border axis. 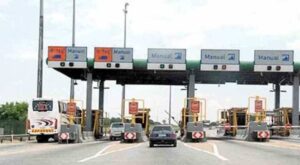 In a chat with our correspondent, clearing agents and importers who ply their trade at the Idiroko border, lamented that despite the reopening, the once ever-busy border has become a shadow of itself, stating that, it will take months if not years for activities at the border to return.

Some of the stakeholders stated that the closure did not achieve its objectives, lamenting that despite the decision to curtail the inflow of illicit arms and contraband, especially rice, into the country, smuggling still takes place along the Idiroko border even with the heavy presence of security agencies and multiple checkpoints along the route.

In a chat with our correspondent, a clearing agent and board member of the Association of Nigerian Licensed Customs Agents (ANLCA) who operates at the Idiroko border, Elder Abel Ayokunle, said the economic situation of the country has not allowed importers to return to business, he opined that it will take almost three months before the trade can fully return to the border.

“The situation of the country has not allowed importer to move out, a miracle cannot happen immediately the border is opened, people will still have to travel to West Africa countries to start buying and start bringing. So we are hopeful that within the next three months, there should be an improvement but presently you can only drive across the border and enter back”.

“Another thing is that the importers are watching until when government start dismantling the numerous checkpoints along the road because the situation along the road is not encouraging people to start business, if you come to Idiroko you will still see all those checkpoints lying in large numbers. So, assuming someone has a consignment, how many checkpoints will he have to pay, so the road is not yet safe for bringing in goods, however, internal trade is taking place between Idiroko and Igolo , but currently, there is no progress, we have been appealing to importers but they are not happy with the multiple checkpoints” he said.

He lamented that the border closure did not really achieve anything for the government, except the hardship, losses, and sufferings that it brought upon the traders and the entire border communities.

“Within the period the borders were shut, a lot of importers went bankrupt, as most of them could not pay back the loans they took from the banks.

“When I said we lost N4.3trillion, I know what I’m saying. I’m not exaggerating at all. The N4.3 trillion was not even part of the revenue that Customs commands around these borders lost annually. You can see the negative effects of the border closure. We advised the government on the adverse effects but they wouldn’t listen. It was a wrong decision and a bad one for that matter on the part of the government, so it will take time before any importer at the border towns can get back to business” Aremu said.

A clearing agent, Dauda Yussuf, also lamented that despite the numerous checkpoints, smuggling still persists along the border route, stating that the essence of the closure has not been achieved.

Shipping Position Daily recalls that the Ogun Area 1 Command of the Nigeria Customs Service (NCS) had disclosed during a press briefing last month that youth restiveness which hitherto characterized the border closure had reduced drastically at Idiroko border.

The Customs Area Controller of the Command, Bamidele Makinde, had also confirmed that smuggling had resumed while urging Nigerians to embark on legitimate trade.

While evaluating the activities of the unit for the month of April 2022, Makinde said full activities were yet to resume at the border.

“In terms of socio-economic effects, life is gradually coming back to the border areas, and the restiveness among the youths is going down. The environment has changed, and people are responding,” he said.