The National Drug Law Enforcement Agency (NDLEA) has confirmed a drastic reduction in the importation of hard drugs through the nation’s seaports, compared with the regular seizures being recorded at the airports. 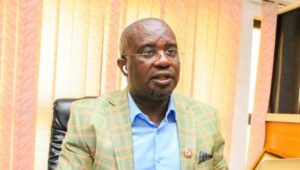 In an exclusive chat with our correspondent, the spokesperson of the agency, Mr. Femi Babafemi, disclosed that security at the nation’s seaports has been beefed-up, while also stating that many of the importers of hard drugs are now diverting to neighbouring countries.

He explained that collaboration with sister agencies and stakeholders has sent a strong signal to importers of psychotropic drugs and added that seizures are made based on the intelligence-driven operation. He also ruled out compromise as the reason behind the drop in drug seizures at the nation’s seaport as compared to seizures recorded at the airports.

Mr Babafemi further recalled that last year, the agency seized three vessels and convicted some dockworkers; he said the action must have sent a strong warning to those who use some of the carriers to bring in the drugs.

According to him, “these seizures are made based on intelligence-driven operations and if you remember towards the last quarter of last year, we had to seize about three vessels in Nigeria and that must have sent a very strong warning to those who use some of these carriers to bring in their imports into the country.

“So basically that must be responsible for the tight security at the ports but then we have intelligence based on any movement we tighten our own end of the chain to ensure that nothing escapes, so that has sent some strong warning to them (drug importers) and they are diverting to neighbouring countries and we are also strengthening our relationship with sister agencies in those countries, to be able to frustrate their attempt and that is why we tried to beef -p our presence on the waterways.

“Recently, the Nigerian Navy donated two patrol boats and other equipment to us, because we know if they cannot come in through the ports in Nigeria, they will be diverting to neighbouring countries and that is why we are strengthening our marine operations and working with sister agencies in the neighbouring countries,” he said.

Also speaking to our correspondent, NDLEA commandant Apapa Command; Commander Ameh Inalegwu said the yardstick for measuring NDLEA performance is not just about seizures, he pointed out that the command has strengthened its security which has helped to reduce the influx of contraband goods into the country.

He explained that: “The yardstick for measuring NDLEA may not always be seizures, we have beefed-up security and we examine every vessel that comes from any suspicious country before now we didn’t have enough manpower; now we have enough manpower and we are doing our best, so if we are doing our best and we are not making seizure that might be deterrent, so we are on our toes, there are containers that we watch every week from the country of interest, sometimes we do an examination, so we have not gone to sleep

“Also we have collaboration and synergy; not only with sister agencies but also with stakeholders, recently we had an engagement with STOAN(terminal operators) and asked them to share information with us, that synergy is helping us with our sister agencies, and we are happy to say in the previous month customs transferred some of those drugs seized in Apapa to us from APMT.