by Joshua
in Featured, News, Uncategorized 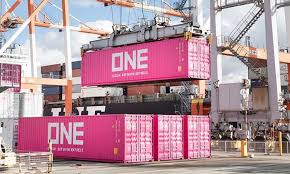 “These acquisitions are part of the integration of the container shipping businesses from the parent companies into ONE,” ONE said in a press release. “The recent disruptions to the supply chain due to Covid-19 have highlighted the importance container terminals play in keeping global trade flowing. The newly acquired container terminals will safeguard ONE’s access to terminal capacity in key and strategic gateways, support its growth ambitions and enhance its service offerings to customers.”

ONE was formed in 2017 through the combination of Japan’s three biggest container shipping lines, NYK Line, “K” Line and MOL. The new company kicked off operations on April 1, 2018 and currently ranks as the world’s seventh largest container ship operator controlling a fleet of more than 200 containerships and 1.5 million TEU capacity, according to Alphaliner.

The closing of the terminal transactions are subject to the approval of the relevant authorities.