OPEC Pegs Downstream Funding Gap in Nigeria, Others at $1.5trn

Despite fears in some quarters that fossil fuel will become irrelevant in the next few years, the Organisation of Petroleum Exporting Countries (OPEC) has said downstream investments in Nigeria and African countries would gulp N1.5 trillion from 2021 to 2045. 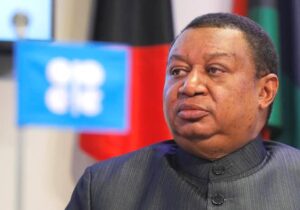 Secretary General of OPEC, Mohammed Barkindo, stated this in his keynote address at the African Energy Week in Cape Town, South Africa.

Barkindo explained that $450 billion out of this amount would be invested in new refinery projects and expansions of existing units, adding that most of these projects will be located in developing countries, including African nations.

“These overall positive developments in the African downstream will help increase local refined product output, while reducing product imports from other regions,’’.

Looking ahead, he said from 2021 to 2026, OPEC expects to see around 6.9 million barrels per day (mb/d) of new refining capacity come online, mostly in the Middle East, Asia-Pacific and Africa. He noted that Africa’s potential refining capacity is expected to start increasing in 2022, at just below 0.4 mb/d, before reaching just above 1 mb/d in 2026, saying many of these projects will involve petrochemical integration.

“Looking longer term to 2045, OPEC forecasts 14 mb/d of capacity additions, mostly in developing countries. In Africa, long-term demand growth will lead to an increase in refinery throughputs of almost five mb/d in 2045, up from 2.4 mb/d in 2019.

He stated that another important downstream factor has to do with global refinery utilisation rates, which are forecast at a rate of 81 per cent in 2024 and slightly lower by 2026, yet still higher when compared to 2019 levels.

“These rates are forecast in consideration of recovering demand, in addition to the realisation of numerous closures triggered by the COVID-19 pandemic.

In the longer term, utilisation rates are expected to drop to approximately 76 per cent in 2045 as more capacity comes online and demand declines in developed regions. This, of course, will result in additional closures in order to maintain rates at sustainable levels,’’.

Barkindo disclosed that cumulative oil-related investment requirements amount to $11.8 trillion in the 2021-2045 period.

Of this, he explained that 80 per cent or $9.2 trillion, is in the upstream, with another $1.5 and $1.1 trillion needed in the downstream and midstream respectively.

He stated that creating the stability in the oil market necessary to attract the required levels of investment has been one of the primary motivations behind OPEC’s collaborative with 10 non-OPEC countries under the ‘Declaration of Cooperation’ umbrella.