The Organisation of the Petroleum Exporting Countries (OPEC) says its compliance with the OPEC+ oil production cuts deal totalled 122 per cent in April, as production averaged 25.08 million barrels per day. 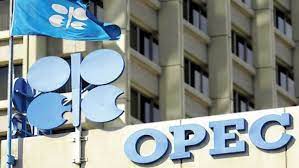 In March, OPEC’s compliance with the production cuts deal was 124 per cent, at 25.04 million barrels per day.