The Organised Private Sector of Nigeria (OPSN) has expressed concern over recent pronouncements by the government on reintroducing the excise duty on carbonated drinks. 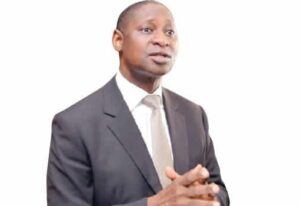 The Chairman of OPSN, Mr Taiwo Adeniyi, made this known at a news conference on Tuesday in Lagos.

He said that the economic situation which necessitated the suspension of the excise in 2009 had not abated and businesses currently face greater hardship than what obtained in 2009.

“The introduction of the tax will be counter-productive as it will lead to further stifling of businesses in that industry.

“We, therefore, urge government to jettison the idea of reintroducing the excise duty on carbonated drinks.

“However, it should continue to support and promote the industry to attain full recovery after the onslaught of the pandemic.

He also has urged Federal Government to take steps to address possible socio-economic issues arising from the proposed the removal of fuel subsidy.

Adeniyi said that the controversy being generated by the proposed fuel subsidy removal was getting to a “crescendo”, hence, the need to guide government and other stakeholders.

“We urge that government should first, as a matter of boosting Nigerians and other stakeholders confidence and demonstrating its goodwill, address the following as a prerequisite to the total removal of the subsidy:

“The resuscitation of the four refineries that millions of dollars had been invested in their Turn Around Maintenance or outright sale of the refineries to private investors to enhance their sustainability.

“Also, specific reliefs to address the anticipated drastic reduction in the citizen’s disposable income and standard of living.

“It is expected that an increase in fuel price will have a direct and immediate consequence on transportation and costs of food stuff, among others: a more sustainable, well-thought-out relief should be proposed.

“Specific relief to workers and organised businesses, not only to reduce the immediate effects of the increase, but reliefs that will ensure and enhance the capacity of businesses to remain sustainable and continue to provide jobs, ” he said.

The OPSN urged government to engage critical stakeholders, including employers and organised labour, with the view to arriving at a more realistic strategy to cushion the effects of the subsidy removal on workers, employers and the generality of Nigerians.

He said also that past efforts at providing palliatives had proved to be shallow and unsustainable.

“We state that fuel subsidy removal based on the argument of international oil prices and other parameters without considering the context of those climes will be unrealistic within the context of our environment.

“The nation cannot afford any form of economic disruption and industrial disharmony as this could sound the death-knell of many organisations, ” Adeniyi said.