The Organised Private Sector (OPS) has described as ill-timed plans by the Nigeria Customs Service (NCS) to re-introduce excise duty on products such as tiles, carbonated drinks, water, plastics among others. 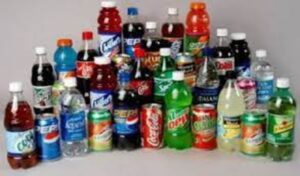 Recall that the NCS had at a recent interaction with the National Assembly on the 2022–2024 Medium Term Expenditure Framework [MTEF], proposed the re-introduction of excise duty on the production of soft drinks in the country.

Similarly, the Assistant Comptroller General (ACG) of Customs in charge of Zone ‘A’; Mrs Modupe Aremu during her working visit to some commands in the western zone last week had urged some of the commands to brace-up for the collection of excise duty on the stated products, even as she disclosed that collection will start very soon.

However, reacting to the plan collection, the Vice President Manufacturers Association of Nigeria (MAN); Mr John Aluya described the planned collection as ill-timed while stating that NCS lacks the provisional power to collect excise duty without getting approval from the legislature.

He said: “I think it is a very wrong time for the Customs to have contemplated charging excise duty on certain products, however the band of tariff that we have is governed by the constitution, the law of the Customs Act, I don’t think Customs can unilaterally re-introduce excise duty without passing through the due process of getting the legislature to back it up.

“So I don’t think it will be easy for them to just wake up and say, let’s start charging excise duty, because the excise duty ‘dutiable and non-dutiable’ are governed by the CEMA, so I am of the opinion that they may have to still go back to the National Assembly where a hearing will be heard and all stakeholders will make their inputs before that can be done”.

“However imposing excise duty on the goods means that there will be increase in the cost of production, for manufacturers and ultimately the price will be increased and passed on to the final consumers, definitely it’s not the right time in a situation where people are so impoverished right now and crying of hunger, it’s- going to be a backlash for the consumers and you know what that means

“The industry will have no choice than to retrench, so they have to look at it holistically” he said.

An economist and immediate past Director General Lagos Chamber of Commerce and Industry (LCCI); Dr Muda Yusuf, also described the proposal as ill-timed, insensitive and most inappropriate given the prevailing harsh economic and business conditions.

He argued that the citizens and the business community are experiencing galloping and volatile inflationary conditions which is unprecedented.

He further said the proposal is also a negation of the economic recovery and job creation aspirations of the Federal Government and that many upcoming small businesses in the beverage sector would be hard hit by the proposal.

He further said millions of micro enterprises in the soft drinks’ distribution chain will be adversely impacted by the imposition of the excise tax. This he said will be detrimental to the job creation and poverty reduction commitment of President Muhammadu Buhari.

He noted that Nigerian manufacturing companies, and indeed most investors, are going through tremendous stress at the moment. He informed that currently manufacturers are grappling with serious macro-economic challenges and structural constraints impacting on capacity utilization, productivity and competitiveness.

According to him, “this proposal is ill-timed, insensitive and most inappropriate given the prevailing harsh economic and business conditions. The citizens and the business community are experiencing a galloping and volatile inflationary condition which is unprecedented.

“The proposal is also a negation of the economic recovery and job creation aspirations of the federal government. Many upcoming small businesses in the beverage sector would be hard hit by this proposal. The millions of micro enterprises in the soft drinks distribution chain will be adversely impacted by the imposition of the excise tax. This is detrimental to the job creation and poverty reduction commitment of President Muhammadu Buhari, GCFR.

“Nigerian manufacturing companies, and indeed most investors, are going through tremendous stress at the moment. They are currently grappling with serious macro-economic challenges and structural constraints impacting capacity utilization, productivity and competitiveness. This is affecting sales, turnover, profitability, shareholder value and the sustainability of investments. The norm globally at this time is to provide incentives for industries to aid their recovery from the shocks of the pandemic and escalating costs. We cannot afford to be doing the exact opposite. Manufacturers, across all product segments need a respite, especially in the light of the unprecedented escalation of production and operating costs.

“Manufacturers are suffering from intense pressure on cost of production arising from numerous structural bottlenecks. This situation is creating sustainability challenges for investors in the sector, especially those in the SME segment. They have experienced significant spikes in the cost of raw materials, cost of funds, high import duty, elevated energy cost, prohibitive cost of transportation and high cost of logistics. A huge proportion of these costs cannot be passed on to the consumers because of high consumer resistance.

“Many manufacturers are currently struggling with unfair competition, especially from products imported from Asia which has flooded the Nigerian market, largely because of the porousity of the borders. These imports are often much cheaper than goods produced locally.

“Energy cost is currently at an all time high, the cost of diesel is already at the threshold of three hundred naira (₦300) per litre as against two hundred naira (₦200) per litre a year ago. The cost of gas is on the increase, availability of gas is an issue. Industrialists are also experiencing sharp increases in electricity tariffs provided by the Electricity Distribution Companies, the Discos.

“The cost of logistics has continued to be on the upward trend. Some of the reasons for this are the state of the roads, the limited freight capacity of the railway system, the crisis situation at our major ports, the traffic gridlock around the Lagos ports, the numerous checkpoints around the ports and beyond” he said.

He however urged that that the plans to re-introduce excise duties on a segment of the food and beverage industry be put on hold stating that The excise duty proposition is not consistent with the desire of Mr. President to create jobs and to lift hundred million people out of poverty in ten years.

He further argued that the manufacturing sector offers a good platform for the laudable aspiration of President Buhari to create jobs and lift people out of poverty. But said if the burden of tax becomes excessive and unbearable on the sector of the achievement of job creation and poverty alleviation promised by the president will be difficult to achieve.