Former Commissioner of Transport in Lagos State, and Executive Vice Chairman of the disbanded Presidential Task Team on the Restoration of Law and Order in Apapa, Dr. Kayode Opeifa has blamed the presence of over 50,000 unreturned empty containers in different parts of the country for reason there is hike in freight rate. 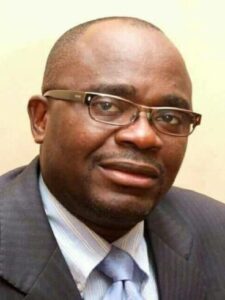 Opeifa in a chat with our correspondent recently, said that although Nigeria is not the only country experiencing an increase in freight surcharge, but he said the issue has become an international one. He traced the surge to the effects of the COVID 19 pandemic which led to low repatriation of containers by the shipping companies.

“It is not only in Nigeria. Freight rate all over the world has increased. It is a global issue. The problem is that, there are less containers available in the world after the pandemic. So they are now manufacturing new ones”, he noted

Opeifa also stated that major cause of extortions and other forms of corrupt practices at the port can be traced to the presence of over 50,000 empty containers in Nigeria. He noted that the high cost of demurrage on these containers has always led to the contentions faced at the ports.

Opeifa however charged the federal government to capitalize on the scarcity of containers all over the world by ensuring a moratorium period for importers. where nobody pays demurrage for containers and mandate the shipping lines to use that period to evacuate all the over 50,000 empty containers in Nigeria at no cost to the owners of the containers.

“What the government should do is part of the demurrage. That is what the freight forwarding associations are fighting for. There should be a moratorium period where nobody pays demurrage for containers and the shipping lines should be mandated to use that period to evacuate all the over 50,000 empty containers in Nigeria at no cost to the owner of the container. The shipping line must pay the cost, bring it from where ever it is to the port and take it out. All these issue of extortion will die. It is demurrage aspect of the container that people are capitalizing on and there is a lot of money involved”.

Opeifa stressed the need for port efficiency through the use of technology. He also enjoined the regulators to sit high on shipping lines, terminal operators and other players by ensuring a single window platform where all activities will be monitored for easy facilitation of port operations.

“If you check our report, the federal government once agreed to it sometimes in November 2019 and the regulators are to implement it. The technical and economic regulators must sit high on these shipping lines, terminal operators and all other operators, including the truckers. What people don’t know is that the truckers are the least problem. They are not the owner of the container; they are just the transporters.

“That was why the Minister said there is inefficiency in port when the President came. You know this has consistently been our own position too that there needs to be improvement in the efficiency of port operations and one of those things is technology. Believe me those terminal operators have done a lot. They have introduced technology but it is a multi-user port where different companies are managed. So there have to be a lot of integration which is the job of the single window.