The Petroleum and Natural Gas Senior Staff Association of Nigeria has said that the greatest problem causing the rise in the cost of Liquefied Petroleum Gas, popularly called cooking gas, is the fall of the naira against the United States dollar. 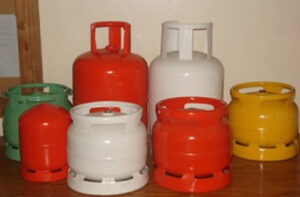 This came as a renowned petroleum engineer and energy analyst, Bala Zaka, stated that the dormancy of Nigeria’s refineries had warranted massive import of LPG into the country.

The price of LPG jumped by over 100 per cent within eight months, as the Federal Government recently implemented a 7.5 per cent Value Added Tax on imported cooking gas.

“With the rise of our exchange rate, the cost of virtually everything in the market, not just cooking gas, has been increasing. The fundamental thing is because our naira is weakening.”

Osifo noted that since LPG was priced in the United States dollar, this would continue to affect its cost domestically, going by the slide of the local currency.

“So what you used to buy at N600 will now be N800 and that is the problem. Therefore, when our naira is weakening, any commodity that is dollar-based will continuously rise in cost.”

Spokesperson of the Nigerian National Petroleum Corporation, Garba-Deen Muhammad, who recently switched from being media aide to the Minister of State for Petroleum Resources, Timipre Sylva, insisted that the minister had stated that cooking gas was a deregulated product.

Reacting to the minister’s position as to why the government would not be able to intervene in the current hike in gas price, Zaka stated that this was because the government was shying away from refining crude oil for LPG.