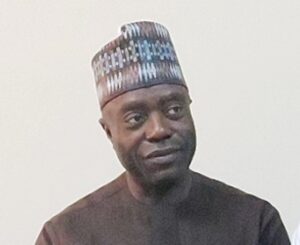 Musa made the appeal at the Inter-Agency Expert Consultative Dialogue Session on Articulation of the Implementation Plan on Nigeria’s National Maritime Strategy (NMS) in Lagos.

The session was organised by the Ministry of Defence in collaboration with the United Nations Office on Drugs and Crime (UNODC).

Musa, represented by Airforce Director, Utsuashibel Peter, noted that the relevance of NMS led to the ministry of defence at the request of Nigerian Navy to constitute a committee in 2015 that would see to the drafting of the NMS.

He said that the event could not have come at a better time, considering the importance the global community currently place on the tripod matrix of wealth creation, safety and security in the maritime domain.

He added that the committee was made up of representatives of more than 20 government Ministry, Department and Agency (MDAs) and private organisations with the links to the maritime sector, contributed to the NMS draft.

Some of the agencies present included the Nigeria Customs Service, Nigeria Navy, Nigeria Maritime Administration and Safety Agency (NIMASA) among others.

“With the draft document before us all today, the baton has been transferred to this inter-agency expert group to support the articulation of an operationalisation pathway for the implementation framework of the draft NMS.

“I am confident that at the end of this engagement, this deliberative forum will come up with a clearly articulated process for an effective implementation strategy for the draft NMS.

“They will identify areas of collaboration among relevant stakeholders and further enhance the implementation framework before its final approval by the Federal Executive Council,” he said

Musa disclosed that a comprehensive maritime strategy model would foster secure and sustainable use of maritime domain.

He commended UNODC and Denmark Government for their immense contribution toward the NMS goal through the Danish Government’s programme for the promotion of inter-agency collaboration and implementation of maritime strategies.

“Since the last decade, the Gulf of Guinea has been on the global map due to the challenge of insecurities within the maritime domain.

“These threats especially piracy and armed robbery at sea have adverse effect on the safety and security of the crew. The existences of these maritime security challenges also have implications for local communities.

Krogstrup noted that Denmark had significant political, security and economic interests in promoting a safer and more secure maritime domain in the region.

Also, about five per cent of Danish shipping’s exports, at an approximated value of DKK 9.5 billion annually, are to West Africa, with Nigeria, being among the main markets.

He added that MÆRSK, operate around 40 per cent of maritime trade in the region.

At any given time, an estimated 30 plus Danish operated vessels are in the Gulf of Guinea, making approximately 2,500 port calls a year.

“Consequently, the government of Denmark since 2015, has continued to support the states in the Gulf of Guinea Region to enhance maritime security through various Peace and Stabilisation Engagements (PSEs),” he said.

He commended the Federal Government for taking the necessary steps in inaugurating a committee made up of several maritime stakeholders to work on drafting a NMS.

He believed the event would provide the appropriate avenue to undertake a proper articulation of an implementation framework and guide the proper management of converging roles of the various maritime entities within the maritime environment.

He urged all stakeholders to join efforts to promote maritime safety and security in Nigeria and the Gulf of Guinea.

Dr Oliver Stolpe, Country Representative, UNODC, noted that the adoption and operationalisation of a comprehensive maritime strategy inclusive of a security dimension would advance domain awareness.

He added that it would also improve ease of conducting seaborne trade, increase safety and security of seafarers and ultimately contribute to the blue economy and development.

Stolpe expressed optimism that at the end of the event, the goal of a clear articulation of the implementation framework for the NMS for its operationalisation would be achieved.

He assured of UNODC’s continued commitment and support to the Government of Nigeria and the respective stakeholders in the process of ensuring that the maritime security strategy was in place and operational.

“It obligates individual maritime nations to replicate maritime strategy models to foster increased wealth creation from the seas securely and sustainably,” he said.