PERSPECTIVE: BIMCO Sees Best Chance In Years To Combat Piracy In The Gulf Of Guinea

Historically, piracy attacks in the Gulf of Guinea see a spike during the dry season which normally lasts from October/November to March/April. What is different this year is that Nigeria has launched a comprehensive set of anti-piracy capabilities and at least two international navies will have very capable warships equipped with helicopters on anti-piracy missions in the area too. 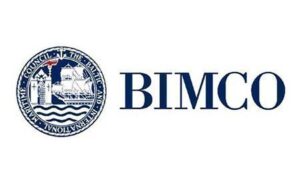 In parallel with the number of signatories to the Gulf of Guinea Declaration on Suppression of Piracy steadily growing, a rising number of stakeholders are calling for action. The coming of this year’s dry season could potentially be a defining moment, but it is too early to rest on our laurels, says BIMCO’s Head of Maritime Safety & Security, Jakob P. Larsen.

Nigeria on the right track

With the Nigerian piracy peak season approaching, the shipping industry is anxiously waiting to see whether the anti-piracy initiatives launched by Gulf of Guinea coastal states, and the contributions by non-regional navies, will have a positive impact on piracy activity.

Regional states appear to have stepped up, especially Nigeria itself. The country has invested heavily in maritime security assets and on June 16, Nigerian President Muhammadu Buhari officially inaugurated the Integrated National Security and Waterways Protection Infrastructure of the Nigerian Maritime Administration and Safety Agency (NIMASA).

“This is an impressive range of new assets, and we hope it will make a positive difference to the security situation,” Larsen says. “It will require hard work and dedication to ensure continuous funding of operations, maintenance, training, and recruitment. The continued operational success of the Deep Blue assets will be an indicator of the Nigerian government’s ability to address maritime security threats.”

In the past, big acquisition projects have been seen as a one-off cost aimed to satisfy short-sighted political motives, with too little attention given to sustained operations. Too often, assets have ended up almost permanently stowed away and only rarely being used. Therefore, BIMCO would be disappointed to see the Deep Blue assets not being used or even go inoperative after a few months in operation.

During the upcoming peak piracy season, it is not only Nigerian law enforcement assets that will be present in the pirates’ hunting grounds, which extend up to around 250 nautical miles from the Niger Delta. Several navies from countries outside the region such as Denmark, France, Italy, Portugal, Spain, United Kingdom, and the USA will also be present on “maritime security operations.”

This quite generic wording covers everything from supporting vessels sailing under their flags to training missions, technical assistance to local navies and diplomatic activities in the region’s coastal states. While all such contributions are appreciated, only two countries have made it clear that their warships’ missions are “anti-piracy operations”: Italy and Denmark.

“Both countries are deploying capable warships with excellent seagoing capabilities and armed helicopters on board. This is indeed an interesting development and something BIMCO has repeatedly been calling for since January 2019,” Larsen says. “This call has since been relaunched and supported by more and more stakeholders adding their signatures to the Gulf of Guinea Declaration on Suppression of Piracy.”

The support is needed, as most analysts agree that the area’s security situation has been fundamentally unchanged for years, and therefore still constitutes a challenge for Nigeria and its neighboring countries. Even Nigerian officials recognize the problem, which includes some Navy personnel colluding with criminals, while at the same time announcing a zero tolerance approach towards such collusion.

“It is essential that national pride is not allowed to get in the way of effective law enforcement operations. It is equally essential that the navies from outside the region are given maximum freedom to plan and execute their operations without being restricted to pre-allocated areas and without disclosing their position,” Larsen says.

Legal finish: the low-hanging fruit waiting to be picked

As with any type of crime, prevention requires a credible deterrent. A key element to this deterrence is the legal finish – the judicial conclusion. In 2021, a significant development in Nigeria and Togo has been witnessed: both countries have successfully tried and convicted a pirate gang.

These trials are a great step in the right direction and have come about as the result of dedicated efforts by the two countries’ governments and with the involvement of the United Nation’s Office on Drugs and Crime (UNODC). Together, they have facilitated workshops to develop the necessary legislation and contributed to training of law enforcement officers, prosecutors, defence lawyers and judges. “This is an admirable achievement by any measure, and now there is every opportunity to bring even more piracy cases before a judge,” says Larsen.

There is however one key element which must be further explored: the handover of suspected pirates between different jurisdictions. UNODC remains involved with countries in the Gulf of Guinea region to develop the legal framework needed, and appears to be making good progress. However, handover agreements between regional coastal states and non-regional states with warships in the area are still not yet under development.

“In the current situation, with non-regional navies made available for anti-piracy operations, and with their unrivalled ability to outrun and outgun the pirates, it seems like a low-hanging fruit to set up the handover agreements necessary,” Larsen explains.

The arrest and prosecution of more pirates is a shared interest of all legitimate stakeholders and so it is a question of getting this gap in legal processes covered sooner rather than later. The international society already has standards in place for such handovers. These standards were developed as part of deliberations in the Contact Group on Piracy Off the Coast of Somalia and can easily be copied in the Gulf of Guinea.

“Getting handover agreements in place between regional and non-regional states will be key in the coming months,” says Larsen. He adds that continued absence of such agreements can hamper the appetite of non-regional warships to arrest pirates, and lead to what was seen off Somalia in the early days before handover agreements were implemented: Either pirates were simply chased off with all equipment intact or pirates were caught, stripped of their equipment and then released.

On that note, on October 25 the Russian Navy chased off a pirate group which had boarded the Panama-flagged container ship MSC Lucia around 140 nautical miles off the Niger Delta. “We are extremely grateful that the Russian Navy saved the crew of MSC Lucia. Every time a pirate attack is disrupted it will help repress piracy in the area. Earlier in the year, the Italian Navy also disrupted pirate attacks in a similar way,” says Larsen, adding:

“There is no question that a basic attack disruption or a catch-and-release is far more preferable to doing nothing. It will still constitute a deterrent if pirates return to the Niger Delta either after having been chased off, or having been put in a small boat stripped of their skiff and equipment, only to report to their kingpins that their big skiff and powerful outboards have been destroyed by warships,” says Larsen. “Remember, we don’t have to catch all Niger Delta pirates, we just have to convince them that piracy is not worth the effort.”

With the peak piracy season approaching fast, the shipping industry must not forget its responsibility to protect its crews. BIMCO recommends all ships operating in the Gulf of Guinea to follow “Best Management Practices to Deter Piracy and Enhance Maritime Security off the Coast of West Africa including the Gulf of Guinea” (BMP West Africa). “Following these guidelines and conducting even the most thorough security risk assessment don’t provide a complete guarantee against falling victim to Nigerian pirates. However, following the guidelines will without a doubt significantly reduce the risks of operating within striking range of pirates in the Gulf of Guinea,” Larsen says.