The Police Command in Bayelsa has called for a review of procedures at checkpoints in the waterways in the state to enhance security. 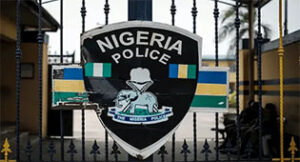 Mr Emmanuel Asufi, an Assistant Commissioner of Police stated this while fielding questions from journalists in Yenagoa, on Saturday.

Asuji said that following improved maritime security in the creeks and waterways, there was the need to review the procedure which made it mandatory for all passengers to raise hands on approaching checkpoints.

According to him, the drop in crime within the waterways was due to intensified collaboration amongst the security agencies.

He noted that the Police was actively involved in the security operations of the Joint Task Force, Operation Delta Safe, whilst the Marine Unit maintained presence in coastal settlements across the state.

On seized stolen crude oil, the police boss advised that the impounded oil should be returned to identified oil firm rather than burn the crude and pollute the environment,

“The practice of setting crude oil seized from oil thieves on fire is not good for our environment, we should look at ways of returning the stolen crude oil to the owners,” he said.