The Independent Petroleum Marketers Association of Nigeria (IPMAN) has advised the Federal Government to remove subsidy on petrol in order to increase the sector’s contribution to the nation’s revenue. 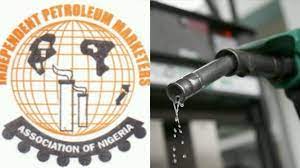 Buhari, while presenting the N16.39 trillion ‘Budget of Economic Growth and Sustainability’, had noted the poor performance of oil revenue in the 2021 budget.

The president said this was due to shortfall in production , as well as significant cost recovery by the Nigerian National Petroleum Corporation to cover the shortfall between its cost of importing petrol and the pump price.

Osatuyi said that the petrol subsidy eroded significantly eroded revenues that should have been available to fund the 2021 budget.

“The president has identified the problem and the solution is to remove the subsidy,” he said.

He, however, noted that before proceeding with the policy, the government should provide alternatives to Nigerians in order not to increase inflation in the country.

Osatuyi said there was an urgent need to switch massively to gas utilisation in Nigeria because the country had over 200TCF of proven reserves of natural gas.

He said the government should focus on the implementation of the autogas scheme and distribution of free cooking gas cylinders because they would help cushion the effects of the full deregulation of the downstream sector.

Osatuyi also called for the reduction in the cost of governance to eliminate borrowing to fund parts of the budget annually.

He said: “If as a government your total revenue is N8 trillion and you are preparing a budget of N13 trillion, it means you will have to borrow to fund the budget.

“You can decide to reduce cost of governance and block revenue leakages so that you don’t need to borrow to fund your budget.”