The Police in Lagos have arrested a fake Naval rating who had been parading himself as a member of the Nigerian Navy, using the uniform to operate as a commercial motorcycle rider. 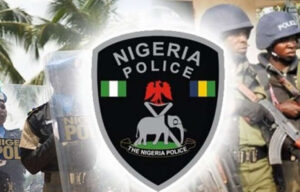 Hundeyin said that the suspect was arrested by officers of the Orile Police Division on Tuesday while carrying a passenger on his motorcycle, in spite of the ban on commercial motorcycle riding in Lagos state.

He said that uniform personnel were allowed to use their motorcycles as a vehicle to get to work while putting on their uniforms, and not for use for commercial purposes.

The spokesman further explained that if a uniform personnel must carry his/her colleague on a motor-bike that passenger colleague must put on uniform to show that they are colleagues.

“Investigations reveal that the suspect was recruited into the Nigeria Navy in 2010 and dismissed in 2011 from the Naval Ordnance Depot, Navy Town, Lagos,” the spokesman said.

He said the suspect would be charged to court soon.

Hundeyin warned members of the public against persons parading in military uniform pretending to be officers.

He disclosed that in May, a man parading as an army officer was arrested for extortion.

“When you see a uniform person misbehaving and you suspect that the person may be fake, report to the police.

“We have authority to arrest and question the authenticity of the person,” Hundeyin said.