President Muhammadu Buhari on Monday, commissioned the $1.5 billion Lekki deep seaport. The deep seaport which has been in the pipeline for over 10 years was commissioned in the presence of dignitaries by the President who arrived Lagos in the company of some of his cabinet members and some state governors.

President Buhari, who arrived at the venue in an helicopter alongside  Gov. Babajide Sanwo-Olu, cut the ceremonial tape at the port at 4.42 p.m.

The President, thereafter, proceeded on a brief drive-through inspection of the project.

The port is a joint venture enterprise by a group of investors led by the Lekki Port Investment Holdings Inc. (comprising China Harbour Engineering Company Ltd and Tolaram), the Lagos State Government and the Federal Government of Nigeria through the Nigerian Ports Authority. By its size and depth, the Lekki Deep Seaport is expected to be the game-changer in West and Central Africa.

Speaking after Mr. President unveiled the Port, Lagos State Governor, Mr. Babajide Sanwo-Olu, described the project as the biggest infrastructure in the whole of West Africa, saying it would surely generate thousands of jobs in the country.

This was just as he stated that the multi- billion naira project is a collaboration between the Federal Government and Lagos State government as well as the private stakeholders.

He expressed joy that the execution of the project which took-off under Buhari’s administration was completed during his tenure.

He thanked the president for his commitment to the development of the country and appreciated all those who contributed immensely to bringing the project to reality. 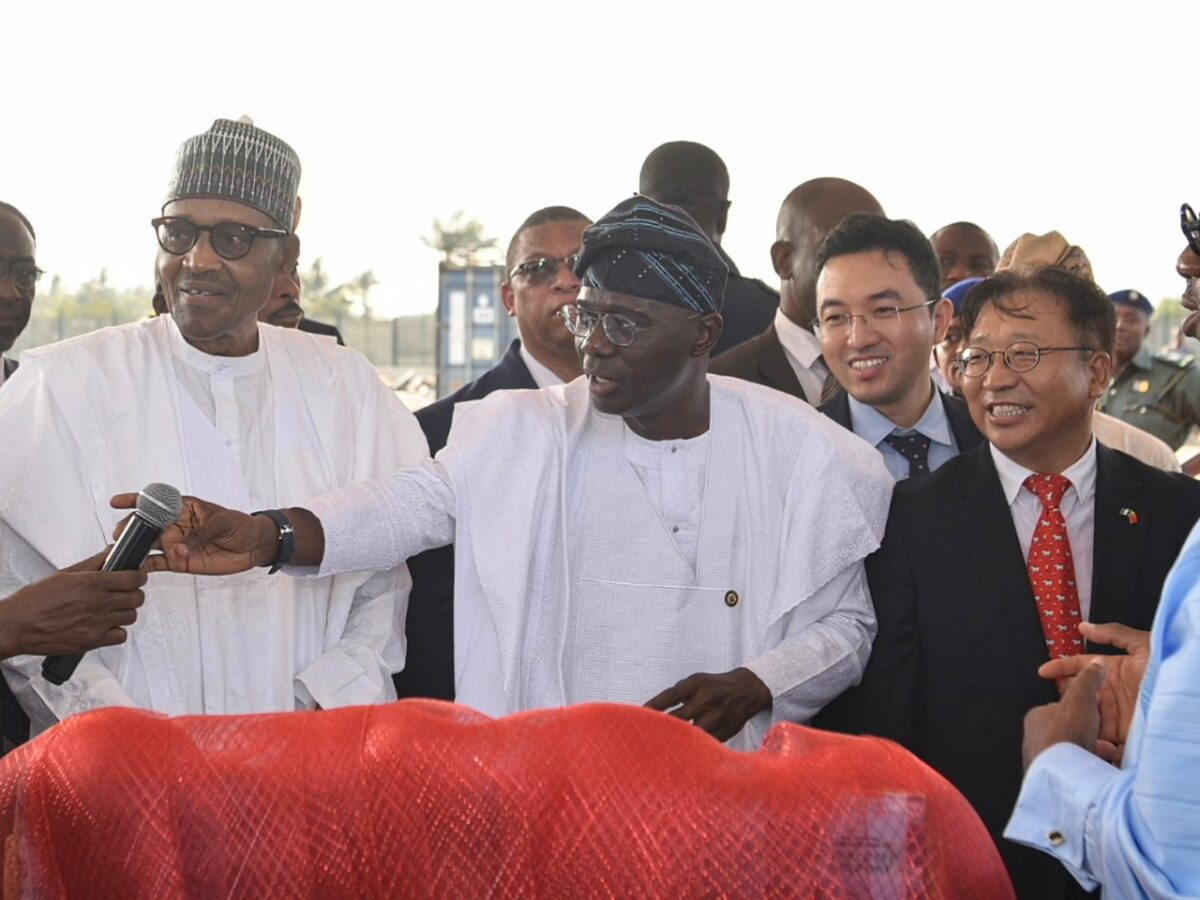 The Nigerian Ports Authority (NPA) on Monday described the Lekki Deep Sea Port as a model for other deep sea ports in the country.

The Managing Director of NPA, Mr Mohammed Bello-Koko, said this at the official inauguration of the Lekki Deep Sea Port by President Muhammadu Buhari in Lagos.

Bello-Koko said that the Lekki Deep Sea Port was the deepest and most modern port in the country that accommodate bigger vessels and cargoes.

“This will be a model for other deep sea ports in Nigeria and I say congratulations to the investors and the project delivery team, the Lekki Port management team for a job well done,” he said.

Bello-Koko also appreciated President Muhammed Buhari for the necessary approval and the Federal Ministry of Transportation for making the project a reality.

“Recall that the port has been in the drawing board for over 10 years, four years ago when we came here it was just a sand-filled area.

“Today, we are talking about the commissioning and we thank the president for the approval given to make this happen,” he said.

He noted that the Lekki Deep Port was just the beginning of greater things in the sector.

Bello-Koko said that the NPA as the regulator would be responsible for providing marine services and others needed to ensure seamless service delivery.

In his comments, Director General of the Nigerian Maritime Administration and Safety Agency, (NIMASA), Dr. Bashir Jamoh said that maritime industry is one sector that can be harnessed to solve the nation’s economic problems.

Jamoh said: “I am the happiest person and that has to do with development of shipping. Today we are seeing the emergence of one of the best ports; not only in West Africa, but in Africa”.

Speaking also, the Executive Secretary, Nigeria Shippers’ Council (NSC); Mr Emmanuel Jime promised to strictly monitor the efficiency of the kind of services that will be delivered at the port; being the economic regulator of the port.

One her part, the Lagos state commissioner for commerce and industry, Mrs Lola Akande, said the port will complement the infrastructure development in Lagos State and further strengthen the description  of Lagos as industrial hub of Africa.

In his goodwill message, the chairman Tolaram, Mr. Mohan Vaswani said the port, being completed and commissioned is an important milestone for Tolaram and Nigeria.  He said the group is proud of their humble efforts to develop a world-class port in Nigeria, he added that  the significant milestone will definitely increase the economic well-being of Nigeria and its people.

“Tolaram has spent many years in Nigeria and all our mission has been to make the country better with our efforts.

“This Port being completed and commissioned is an important milestone for Tolaram and Nigeria and we are proud of our humble efforts to develop a world-class port in Nigeria.

Speaking on behalf of the host communities, the Onilekki of Lekki, Oba Laisi Ogunbekun thanked the Presidential candidate of the All Progressives Congress (APC) Sen. Bola Tinubu for conceiving the Lekki Free Zone, where  the port is situated.

Ogunbekun expressed continued support of all members of the Lekki community for development projects in the axis.

Dignitaries at the event included the Minister of Transportation, Muazu Sambo, his Information and Culture counterpart, Alhaji Lai Mohammed, heads of government agencies in the transportation sector, traditional rulers in the Lekki community and top businessmen.