The Lagos State Government on Friday said that President Muhammadu Buhari would be inaugurating at least five projects in the state in two days. One of them is the iconic Lekki Deep Seaport. 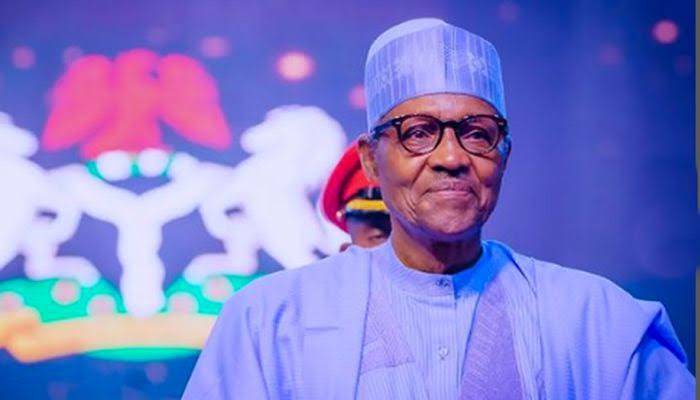 The Commissioner for Information and Strategy, Mr Gbenga Omotoso made this known in Ikeja, during the news conference on State Visit by President Buhari, scheduled from Jan. 23 to 24.

Omotoso said specificall that the projects to be inaugurated include the Lekki Deep Sea Port, which showed a symbol of a good working relationship between the public and private sectors.

He said that the projects included the 32-metric tons per hour Lagos Rice Mill, one of the largest in the world and the 18.75-kilometer Six-lane rigid-pavement Eleko Junction to Epe Expressway.

According to him, President Buhari will also be inaugurating the John Randle Centre for Yoruba Culture and History and the iconic Lagos Blue Line rail project.

”As you are well aware, this will be the  President’s first official visit to Lagos state since assumption of office by Gov. Babajide Sanwo-Olu and his deputy, Dr Kadri Obafemi Hamzat in May, 2019.

”Although the governor has hosted the President during some of his visits to Lagos, next week’s visit by President Muhammadu Buhari will be one with a difference.

”It is a visit where the President will again,  see the beauty of Lagos and take the opportunity to see first-hand and commission the life changing and people-oriented projects undertaken by the  Sanwo-Olu administration,” he said.

He said that to this end, President Muhammadu Buhari’s visit to Lagos had been tagged: ”A Festival of Project Commissioning”.

Omotoso said that on arrival on Monday, Jan. 23, President Buhari would be led by Sanwo-Olu to the Lekki Deep Sea Port for the official inauguration of the largest Sea Port in Sub-Saharan Africa.

He said  the President was expected to drive through and inaugurate the newly constructed Eleko Junction to Epe Road project before departing for the inauguration of the Lagos Rice Mill in Imota.

”We all know that Lagos is known for its remarkable hospitality and conviviality. These attributes will be on display in the evening of Monday, Jan. 23, during the State banquet being organised in honour of our guest.

”The governor and his spouse, Dr  Ibijoke Sanwo-Olu will lead other dignitaries to give the  President  a befitting Lagos welcome,” Omotoso said.

He said that on the second day, Jan. 24, the President would inaugurate the MRS Lubricant factory, a private sector project in Apapa and the John Randle Centre for Yoruba Culture and History.

The commissioner said that after that, President Buhari would move to the Lagos Blue Line Rail Project in Marina, where he would witness the signing of the second phase of the rail project, from Mile 2 to Okokomaiko.

He will inaugurate the Phase I and take a train ride from Marina to Mile 2 and back, and depart Lagos.