The Senate Public Account Committee has given a 48-hour ultimatum to the Nigerian Maritime and Safety Agency to show a document involving payment of $5 million in legal fees for service not rendered. 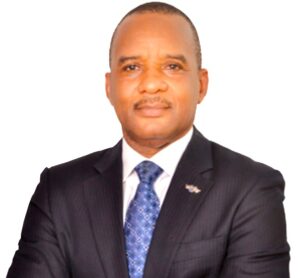 The panel had invited the management of NIMASA to explain why the $5 million was paid for services not rendered. At the resumption of the committee meeting on the issue on Tuesday, the representative of NIMASA, Olamide Olusanya, told panel that the matter was in court.

But the committee rejected the submission and asked the agency to present information at its disposal on the payment of legal fees to the law firm.

The official of the NIMASA told the lawmakers that the agency was directed by the then Attorney General of the Federation to pay $5 million for the legal fees.

The Chairman of the Committee, however, asked the representative of NIMASA to present any letter mandating it to pay $5 million for legal fees.

Responding to whether the Presidency directed the agency to pay the legal fees, the representative of the NIMASA’s Managing Director said there was no such letter, adding that they only had a letter from the Senior Special Assistant to President on Administration authorising the payment.

The Chairman, therefore, ordered the agency to present documents relating to the payment by Thursday this week before the committee would take a final decision on the matter.

He said, “We need the details of the payment, you go back to your archives and bring it out. Also, let us know the transaction between you AGF before you paid the money.”

Another member of the Committee, Senator Abdullahi Danbaba, said there was no basis for making that payment, adding that the money should be recovered from the law firm.

The committee had invited NIMASA up to three times for an explanation for the payment of $5 million as a professional fee and details of the $9.3 billion loss by the Federal government, but the agency had declined the invitation. The chairman had then ordered that an arrest warrant be issued on the NIMASA boss at the last panel sitting.